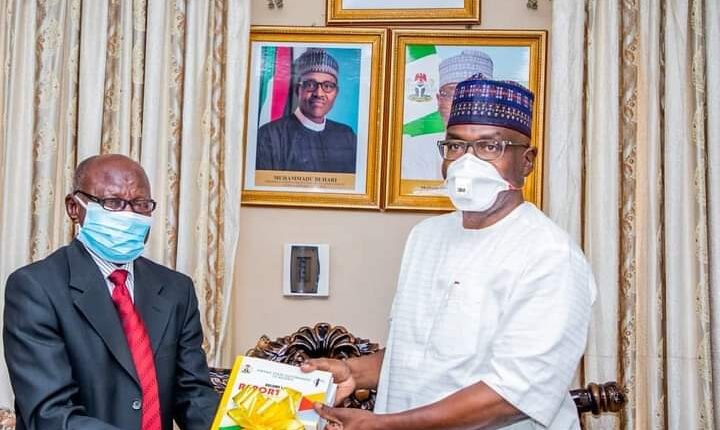 The Kwara State judicial commission of inquiry on sales of public assets has alleged that former governor, Bukola Saraki, and other past administration undervalued and sold public property at giveaway prices and money siphoned immediately to prevent citizens from becoming aware.

Aside from Saraki, the immediate past Senate President, who ruled the state between 2003 and 2011, other past governors indited by the commission include the late Muhammad Lawal, who governed the state from 1999 to 2013, and the former governor, Abdulfatah Ahmed, 2011-2019.

The panel alleged that investigations showed that public funds were siphoned and the state was left with no funds to embark on projects that could boost the standard of living in Kwara.

It further alleged that the previous administrations between May 29, 1999 and May 29, 2019, deliberately introduced policies to enrich some individuals in the state.

Presenting the three-volume report to the state governor, AbdulRahman AbdulRazaq, on Wednesday in Ilorin, the chairman of the commission, Justice Olabanji Orilonishe (retd), said: “the state was milked to complete hopelessness and a standstill”.

Orilonishe added that many policies related to sale or management of public assets offered an avenue for reckless expenditure to enrich some individuals.

The chairman lamented that the state, owing largely to such practices, was the least developed of the 12 states created in 1967 by the Yakubu Gowon led administration.

While arguing for a change, he urged the new administration to muster the political will and courage to challenge some of the actions while only those found to be in order should stand.

On the report, the chairman explained that it was divided into three volumes, comprising the main report and recommendations; exhibits; and minutes of meetings and visitation report.

As gathered, the panel visited Lagos, Abuja, and Kaduna in the course of its assignment, observing in part of the report that the sales of several public properties were often done in secrecy with only a few officials being privy to the deals.

AbdulRazaq commended the panel for their patriotic duties to the state, saying nothing can compensate for their sacrifices considering the short period accorded the team to complete the task.

He explained that the need to visit the past was not to hound anyone but to ensure that such mistakes or excesses are not committed in the future, adding that the revelations so far from the past were enough reasons for the present public officials to act properly in the handling of public resources.

AbdulRazaq observed that members of the panel were subjected to social media blackmail during their assignment, saying there was no need for anyone to get jittery if they had not committed any grievous crimes against the state.

“You have done a very good job for the state and we are happy to receive the report. On our part, we did not interfere in any way or manner in the way you did your job. We are not out to witch-hunt anybody. We just want the right thing to be done in the state and we want proper templates set so that in future such things do not reoccur. We will also learn from this so that we don’t do the same thing.

“We appreciate you for the work you have done. I can assure you that your work is not in vain. Financially, we cannot pay you for what you have done, especially with the timeline within which you have done the work. It is an assignment that ordinarily should take a whole year. We are grateful.”