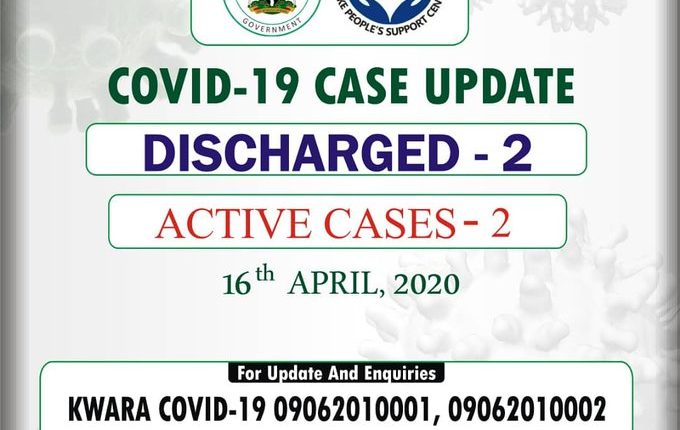 The Kwara State Government has discharged its two index cases of the coronavirus pandemic in the state after they both tested negative for the viral infection.

It explained that the two patients were the first recorded cases of the pandemic in the state, and that they have been released following consecutive negative test results for the virus.

The state’s support centre, Ajike Support Centre, through a post on its official social media handle on Thursday, revealed that the newly discharged patients included one man and a woman, and confirmed that both had been allowed to leave the state healthcare facility and reunite with their families.

The center urged residents of the state to obey government preventive directives such as regular hand washing, social distancing and stay-at-home order, and expressed hope that the nation would soon overcome the threat of the global pandemic.