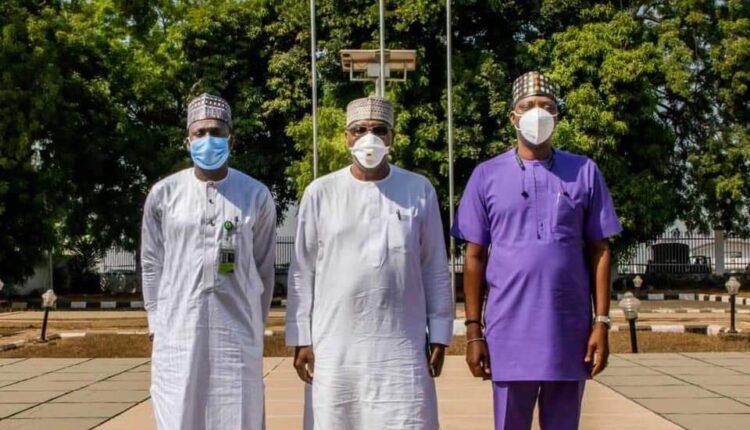 Ahead of 2023 presidential slot zoning, the Kwara State Governor, AbdulRahman AbdulRazaq, has said that the north central region was more deserving to produce the next president of Nigeria, saying it was high time justice and fairness be done to the geopolitical zone.

He indicated that since the north central region, with its huge human and material resources, has never produced the President or Vice President since independence, it was pertinet that the pendulum of the unwritten zoning arrangement swing to the region in spirit of fairness.

The governor added that the north central region deserves much more in the area of infrastructural development and better political representations at the centre and in every spheres of human endeavour in the country.

AbdulRazaq stated this yesterday in Ilorin, the state capital, when he hosted members of the Kogi State House of Assembly who came on an advocacy visit to rally support for Governor Yahya Bello’s 2023 presidential bid.

Furthermore, he said that leaders within the region and across political divides are working together to change the political under-representation of the region at the centre and urged the federal government to invest more in extractive infrastructure for the region and prioritise the dredging of the River Niger.

According to him, the geopolitical zone is lagging behind in critical infrastructure and socio-economic development.

“North Central alone can feed the whole of West Africa. If you look at the infrastructure in North Central it is basically extractive infrastructure. Like railway and federal highways are going from Lagos to the North. Enugu to the north and from the north to the south. We do not have major highways crossing horizontally from Niger to Benue and from Okuta (Kwara) to Kogi and bursting out in Cameroon. No horizontal railway line that services us.

“River Niger, which we depend on for most of what we do, needs to be dredged. The annual flooding causes a lot of havoc. But if it is dredged and harnessed properly, it will open up new economic prospects for Kwara, Kogi, Niger and Benue States especially. Our agricultural productivity will lift up. The rivers are huge sources of irrigation for the communities that live on the banks. I am aware the Federal Ministry of Water Resources is doing something on that.

“On the outcome of the meeting of North Central Governors in Makurdi, we are going to focus strongly on the economies of the north central states, emphasising greatly on agriculture because of its huge prospects.

“At our meeting in Makurdi, we agreed that the zone had been left out in so many things under civilian administration. North central has not produced either president or vice president at all. If we are looking at the present geographical structure of the country based on zones and not just north and south, we believe in terms of political appointment and elective offices, we are being shortchanged (in the north central). We are confined to party chairmen and senate presidents only.” he said.

Meanwhile, AbdulRazaq commended the giant strides of his Kogi State counterpart and said the social media criticisms of him were not reflective of the infrastructural developments that have taken place under him.

“When you listen to some news in Kogi, because the opposition is not on ground they move to social media and they will be claiming that the governor is not working. But when you now visit practically you will see the difference. I went to Okene and I was shocked with what I saw. This is contrary to the criticisms we see on social media. Governor Yahya Bello is doing very well both at the state and national levels, contributing to discourse at the zonal and national levels,” he said.

Kogi State House of Assembly Speaker, Matthew Kolawole, commended AbdulRazaq for his strides within the short period of his assumption of office, saying both states share many things in common.

“We are in Kwara State on advocacy visit. Kogi State House of Assembly took it upon ourselves without sponsorship from anybody that we want to support our own governor. We want to support him because of the existing relationship between us. We have perfect and robust relationship,” he said.

“Since he assumed office, we discovered that insecurity had reduced drastically in the state. His relationship with ethnic groups in Kogi State cannot be put aside. He is a complete detribalised Nigerian.

“Another issue is that north central has not really benefitted from the power sharing of this country under democratic setting, particularly president and vice president. We are lobbying you your excellency that when it is time to talk about zoning arrangement let the presidency be zoned to the north central.”

On his part, Kwara State House of Assembly Speaker, Yakubu Danladi-Salihu, commended the cordial relationship between the executives and legislative houses in the two states and the existing relations and histories they both share.

He said that the Kogi delegation had come to Kwara to seek support for the presidential bid of Bello and reasons why the zone should produce the next president of Nigeria.

“The delegation informed us about the sterling qualities of Governor Yahya Bello and his programmes in addressing insecurity, gender equality and youth friendly programmes,” he said.

“We appreciate the visit of our colleagues and we told them for now, we will support them with prayers.”