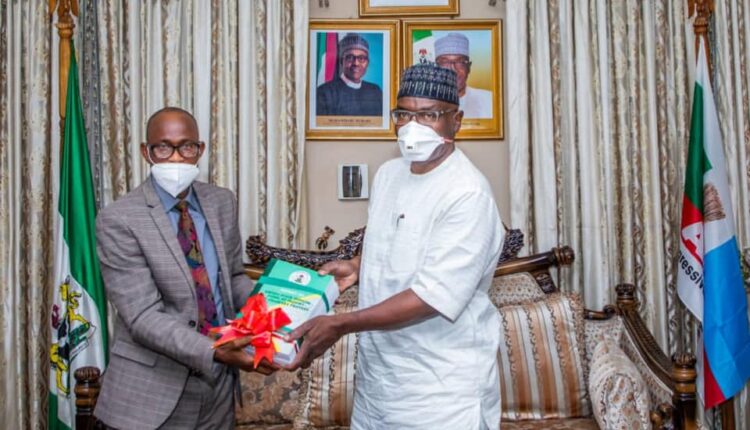 The Kwara State Governor, AbdulRahman AbdulRazaq, has received a three-volume report from the state’s Panel of Inquiry set up to investigate cases of police brutality leveled against defunct Special Anti-Robbery Squad (SARS) in the state.

The panel recommended, among other things, that some erring F-SARS operatives named in unlawful activities be prosecuted and legitimate petitioners compensated with varying sums.

The report also recommended that officers of the Nigeria Police be made to enjoy adequate training and their salaries and emoluments reviewed upward to reduce excesses and improve productivity in the system.

Receiving the report from Justice Tunde Garba-led panel at the presidential lodge in Ilorin yesterday, the governor promised to set machinery in motion in implementing recommendations of the report.

He noted that he would in due course set up an implementation committee for recommendations as part of measures towards achieving closure in the cases and ensure justice was done to victims who had petitioned the panel.

Addressing the panel after receiving the report, AbdulRazaq said that it was soothing that Kwara was among the few states that had concluded its report and were at the stage of implementation.

According to him, the development shows that we are on track and we will also set up an implementation committee to look into the recommendations of the panel.

“I thank the committee for doing very delicate work. You were able to bring your experience and expertise to bear on the difficult task. We understand from the size of the document you are submitting that a lot of work has gone into it. You needed more time which we acceded to,” he said.

Furthermore, the governor while commending the police and the entire security agencies in Nigeria for their services to the nation, urged them to continue to do their duties diligently and in line with the law.

“We must thank the Police and other security agencies for their services to Nigeria for keeping us safe. We encourage them to do their work diligently. Some of the demands of #EndSARS are already being met by the president. Salaries and emoluments of the police are being looked into.

“President Muhammadu Buhari is also rolling out a lot of programmes through the social investment programme for the youths and indigents to ensure there is prosperity in the country.

“We need to remain focus and maintain law and order to tame the current insecurity in the country. We need to live together peacefully for the progress of the country,” he said

Speaking earlier, retired Justice Garba said that the recommendations would help to support victims of identified cases of police brutality and also improve the living conditions of serving and retired police officers.

“The report is in three volumes; volume one is the main report, volume two contains the petitions received and adopted by the panel while volume three contains the list of all the exhibits tendered and admitted during the panel’s proceedings.

“The main report contains proceedings, our findings, and recommendations on each of the 25 petitions received and treated holistically by the panel. It is, therefore, our hope that the recommendations therein if adopted by the government will wipe the tears and put a smile on the faces of all the victims of police brutality and even the serving and retired police officers inclusive,” he said.