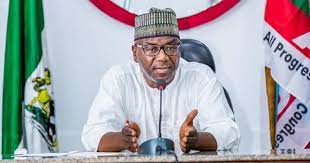 Kwara State Governor, AbdulRahman AbdulRazaq has disbursed N150 million for the construction of no fewer than 48 modern motorized boreholes and their accessories across Moro and Asa local government areas of the state.

The water project is said to be the ongoing efforts of the administration to make potable water available to residents across the state.

Through a statement released yesterday, in Ilorin, the state Commissioner for Finance, Olasumbo Oyeyemi, disclosed that the gesture of the state government has led to the Federal Government offering to construct 20 solar boreholes in Edu and Offa local government areas, each getting 10 boreholes, to deepen public access to water.

According to him, the state government is committed towards ensuring that the residents of the state have access to good water for more convenient standard of living.

“This is just one of the findings from the budget review process this year. It is therefore worth informing the Kwara public that the government is committed to steadily meet their water needs in phases as our resources permit,” he said.

Oyeyemi said that the spending on water aligns with His Excellency’s ongoing investments in Partnership for Expanded Water Supply, Sanitation and Hygiene (PEWASH) and Open Defecation Free (ODF) campaign.

He further stated that the efforts were glaring and impactful, and that they were making appreciable progress with it.