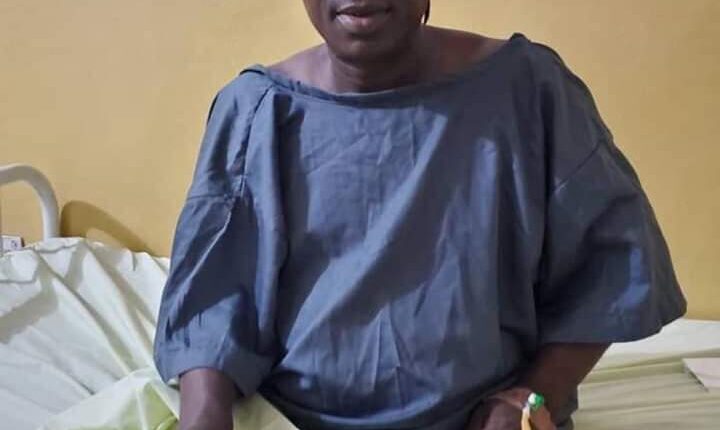 A Nigerian Fuji star, Wasiu Ayinde, popularly called KWAM1, has undergone surgery in a specialist hospital to correct the health challenges he had been suffering over the years.

The Fuji musician, who celebrated his 64th birthday this year, went under the knife for an undisclosed ailment which his personal physician, Dr. Idowu Agarawu, was reported to have recommended that surgery remain the best solution to the disease.

KWAM1’s surgery was confirmed by his childhood friend, Bolaji Basia, on Sunday in a post on his official social media handle, assuring the musician fans that the surgery was successful and that he would be out of the hospital in no time.

As gathered, the surgery was done yesterday, and that the team was led by Surgeon Specialist, Dr. Gbolahan Fakoya, and he was accompanied by an anesthesiologist, Dr. O. K Adebayo, Dr. Adedamola Salau, Dr. Alabi, a Nurse, Esther Omolola, and Anuoluwapo Obilaja

It was learnt that Obilaja, a male nurse, was responsible for the Fuji star’s after-surgery care particularly ensuring that he is comfortable within the hospital wards. 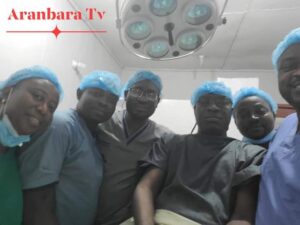 Sources closer to the Fuji icon disclosed that after the surgery, he described the operation conducted by the young physicians as comparable to medical services many that had experienced such ailments received from foreign hospitals.

The development comes days after the singer and other friends gathered to celebrate Basia’s birthday on June 25.

Kwam 1 is believed to have undergone several other surgeries in the past. In August 2019, the musician reportedly went under the knife after severe pain in the throat.

In 2018, reports had also swirled that he embarked on a medical trip to Canada to treat respiratory complications.