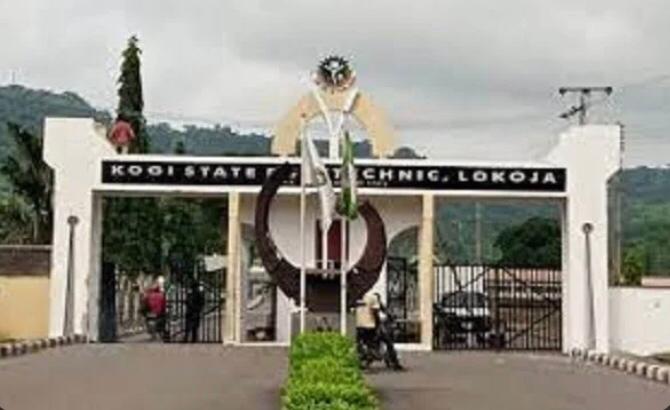 No fewer than 27 students of the Kogi State Polytechnic have been expelled by the institution for their alleged involvement in various acts of examination misconduct and other related offences.

The school said the decision to expel the students followed consideration of recommendations included in the reports submitted by the Academic Board Results Verification Committee set up by the institution to review the conduct of examinations.

Some of the students shown the exit down by the institution were: Adeyemi Seun, Mohammed Maikudi, Oladimeji Emmanuel and Ekeono Oluwaseyi.

The Head of Public Relations and Protocol Unit for the polytechnic, Uredo Omale, who made this development known to newsmen yesterday, said that the expulsion was approved by the Academic Board of the institution.

Omale explained that among the students expelled was Adeyemi Seun, with Matric Number 2019/ND/ARC/011 from the Department of Architectural Technology, who was found in possession of a textbook relevant to the examination in question.

According to her, the duo of Mohammed Maikudi from the Public Administration Department with Matric Number 2018/HND/PAD/769 and Kadiri Samson (2017/ND/OTM/034), from the Department of Office Technology and Management, were also expelled for hiring mercenaries to write examinations for them.

She said the Board was in the process of withdrawing Certificates of their accomplices, identified as Oladimeji Emmanuel and Ekeono Oluwaseyi, who are former students of the institution for unworthy actions that portrayed the Polytechnic in a bad light.

Omale, in a statement made available to newsmen, added that 24 other students from the School of Management Studies were expelled for various offences related to examination malpractices.