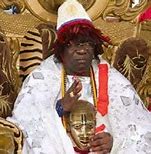 The paramount ruler of Igala kingdom, Michael Ameh Oboni II, has been reported dead after a brief illness.

The monarch, who was the chairman, Kogi State traditional council, was said to have died during the early hours of Thursday after a brief illness.

As at the time of filing this report, there was no official statement from the palace to the effect.