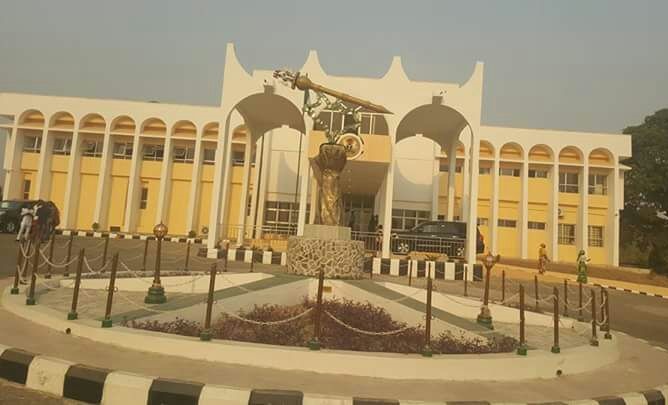 There was a mild drama at the Kogi House of Assembly following the impeachment of the Deputy speaker, Ahmed Muhammed, and indefinite suspension imposed on three other principal lawmakers by their colleagues over alleged gross misconduct and arbitrary use of office.

They were removed during an emergency sitting held at the Assembly Complex in Lokoja on Friday, after their colleagues took turn to explain their grievances against the four lawmakers and why they should be removed from office.

In a motion of urgent importance read by Enema Paul, a member representing Dekina/Okura Constituency, said that 17 lawmakers from the 25 that made up of the house signed the impeachment of the former deputy speaker and suspension of three other principal officers in the house.

Following the removal and to avoid vacuum in administration, the house, however, announced Momoh Rabiu, a lawmaker representing Ankpa II, as the new Deputy Speaker.

The Speaker, Mathew Kolawole, had earlier announced the dissolution of all the house standing committee to allow reshuffling of lawmakers for the key positions.

Before the impeachment process, there was a heavy presence of security personnel at the Assembly complex consisting of the Police, Nigeria Security and Civil Defence Corps, (NSCDC), and the Department of State Services (DSS).

Ahmed Muhammed is the lawmaker representing Akpa I in the Kogi State House of Assembly.