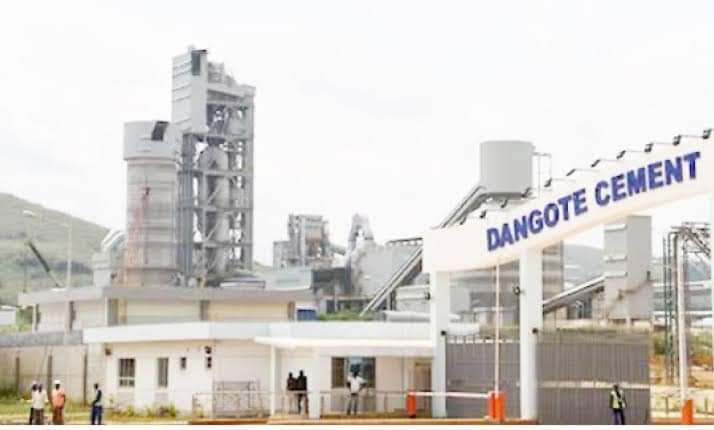 The Kogi State Government has sealed the Dangote cement factory in Obajana axis of the state after chasing out the workers from the premises, following agitation by indigenes on circumstances surrounding the acquisition of the company.

It said that the decision to shut the factory was taken to force the owners, who had refused to make public how the factory was acquired, to reveal the new owners as well as to protect the people who were part of the owners but allegedly unfairly treated during negotiation between both parties.

Agitation against the factory was that the owners had neglected the community, not carrying out any Community Social Responsibility (CSR), in spite of the huge funds made from the location.

The residents argued that despite the fact that residents were dying from illness as a result of pollution, the cement owners were alleged to have turned their back on the host community.

Closure of the factory was carried out on Wednesday after the state House of Assembly ordered that the facility be shut down following Dangote cement management’s refusal to appear before the lawmakers even after seeking more time for a dialogue.

The Commissioner for Information in the state, Kingsley Fanwo, while responding to journalists’ questions, said, “Pursuant to the Constitutional authorities of the Kogi State House of Assembly, and upon petition by the people of Kogi State, an investigation was carried out on the acquisition of Obajana Cement Company by Dangote Company.

“It was found that no valid acquisition took place, as Dangote could not show evidence of what was paid as consideration for the acquisition.

“The Legislators invited the Chairman of the Company, Aliko Dangote, before the house for explanations but he failed to appear before the state Assembly, giving excuses.

The House of Assembly, therefore, ordered the closure of the company pending when they are able to present it with credible evidence of a valid acquisition.”

The Director-General, Lands, Kogi State, Nasir Ochi, who was also on ground, added, “In this regard, the security agencies were directed to give effect to the resolution.

“By law, Kogi State House of Assembly can conduct investigation, order anyone to appear before it or produce any document. Failure to obey such summons may lead to the arrest of a Person who failed to appear.

“The Government of the State has an obligation to also respect and give effect to such resolution from the House in the interest of peace and security of the State, and to avoid anarchy or breakdown of law and order.

“In this regard, Dangote has an obligation to respect and also give effect to the resolution of the Kogi State House of Assembly to avoid any act of lawlessness.”

The Kogi State House of Assembly had earlier resolved to shut down Dangote Cement Company situated at Obajana pending its submission of relevant documents that back up its operations and ownership structure, especially the transition from Kogi Cements to Dangote Cements.

The House considered inviting former Governor Ibrahim Idris to shed light on the considerations given to the State during the signing of an agreement between the company and the State.

These considerations include the 10 percent shares of the State in the company, the company’s social responsibilities to the State, and other benefits.

These were part of the House resolutions on Tuesday after considering the ad-hoc committee’s interim report by Isah Tenimu.

The House also directed the Commissioner of Police, the State Commandant of Civil Defence Corps, and the Head of Vigilante Group in the State to ensure the resolution was enforced.

The External Solicitor of Dangote Cement Company, Leeman Salihu, had submitted some documents, which are a Certificate of Incorporation and an agreement signed in 2002 and 2003 but craved the indulgence of the House to allow other discussions on the issue to be out of the public glare.

He pleaded that the House should allow the company to engage in further conversation with it and the state economic team. The request was, however, declined.

The House insisted that Kogi State Cement company could not have been transferred to Obajana Cement Company and then Dangote Cement Company 100 per cent without any consideration.