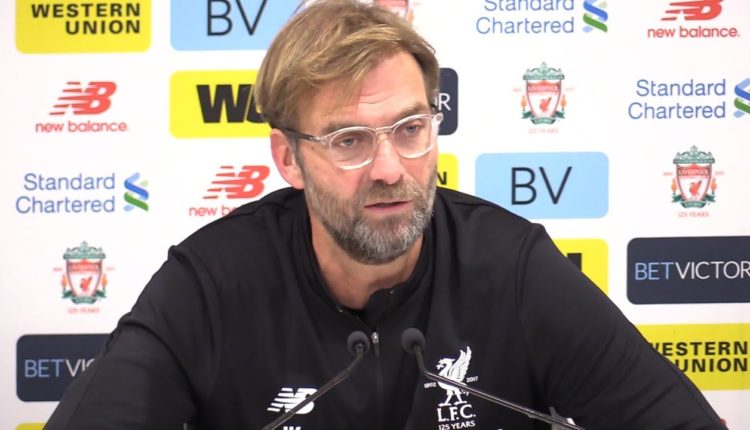 Reactions have continued to trail Confederation of African Football (CAF) decision to shift date of African nations cup from June to January 2021, with Liverpool manager, Jurgen Klopp, describing the decision as a catastrophe.

Cameroon’s football federation FECACOOT had earlier announced that the tournament would be played in January and February next year to avoid the rainy season.

Three of Liverpool’s key players, forwards Sadio Mane and Mohamed Salah and midfielder Naby Keita are all likely to be involved with Senegal, Egypt, and Guinea respectively, ruling them out for up to a month.

Klopp in an interview with newsmen on Friday said: “For us, it’s a catastrophe. I couldn’t respect the Africa Cup of Nations more than I do because I like the competition and watched it a lot in the past. It’s a very interesting tournament.

“But it’s an obvious problem that you play a tournament in the middle of the season, although it makes more sense for Africa to play it in our winter when the weather is better for them — I get that. But we have absolutely no power.

“If we say he can’t go, he’s suspended. How can the club who pay his salary not decide. If he’s injured and we say he can’t play, we have to send him to Africa so they can have a look.”

Klopp also suggested that African players could suffer in that European clubs will not want to sign them in January, knowing they will not be able to play for up to a month.

“It doesn’t help African players. We won’t sell Sadio, Mo and Naby because they’re playing in January, of course not. But if you are thinking of buying one, you have to think about they won’t play for a month in January,” Klopp said.

The tournament, played every two years, was switched to June-July last year when it was played in Egypt, avoiding disruption to the European club season but provoking concerns about high temperatures.

However, the new timing will avoid a clash with FIFA’s revamped 24-team Club World Cup (CWC) to be played in China in June and July 2021. Klopp said the Club World Cup, while lucrative to those involved, was another strain on players.

“(The 2021 CWC) obviously they are offering clubs a lot of money,” he said. “I know people will say if you play fewer games than take less money. I’m ready to do so. These tournaments are played by players, they don’t have a break.”

We are prepared to attack U.S anywhere- Iran leader, Khamenei,