Court puts ​Kunle Poly, two others under Police custody for… 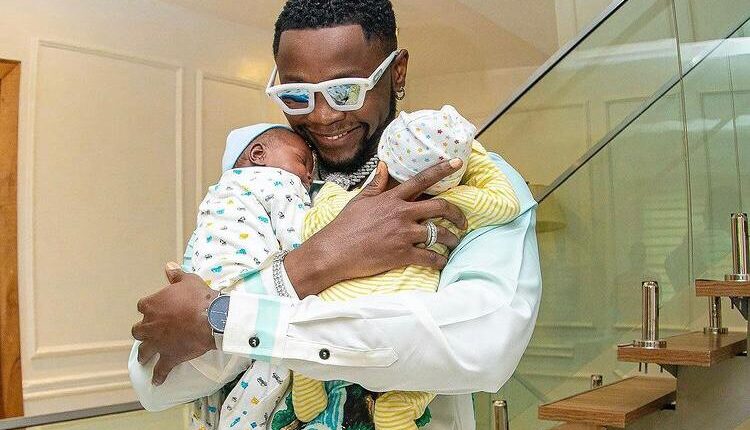 Nigerian singer, Oluwatobiloba Anidugbe, popularly called Kizz Daniel, has disclosed that her girlfriend was delivered of triplet but that one of the children died four days after birth.

Kizz Daniel, who disclosed that the child died due to complications suffered during birth, stated that this was why only two children were announced days after delivery.

While disclosing that the deceased was christened Jamal, he announced that two houses have been acquired for the other surviving children, Jalil and Jelina, to make them one of the youngest property owners in the country.

Kizz Daniel, who was apparently yet to come to terms with the demise of one of his sons, vowed to become the best father in the world to the other two by giving them the best care.

Also, the 27-year-old multi-award-winning artiste, in a statement posted on his social media handle on Thursdays, shared pictures of himself and his twins, alongside documents of the house bought for each of them.

According to the documents, the new 2-bedroom luxury apartments located at Woodland Estate, in the Lekki area of Lagos State, were acquired on the 10th of June and the documents bear the names of the twins, Jalil and Jelani Oluwatobiloba Anidugbe.

He wrote, “God blessed me with 3 boys a while back: Jamal, Jalil and Jelani (triplets). 4 days after, I lost Jamal. Nevertheless, I made a promise to him that I’ll be the best father in the whole galaxy to his brothers. Congrats to the latest homeowners in town, Jelani and Jalil. My first gift to my sons. #Okunrinmeta.” (sic) 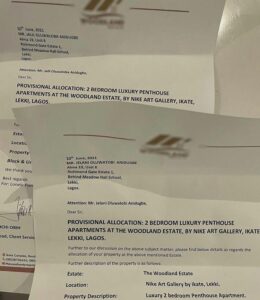