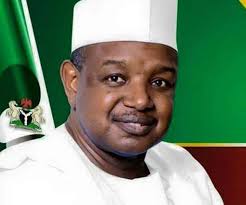 The Kebbi State Government has started a  training programme for 10,000 young loan applicants under the Agri-Business/Small and Medium Enterprise Investment Scheme (AGMIES) to teach the applicants entrepreneurial skills.

To achieved the target of  the training,   the government  also engaged the services of two extra consultants to hasten the process of training the loan applicants across the state.

Sarki said a Memorandum of Understanding (MoU) was signed on Wednesday between  the state government and  two consulting firms, Alkali Hussaini Foundation and Research Center for Developing Economies (RECDE), in Birnin Kebbi.

He said the Kebbi State g overnment had engaged only those Entrepreneurial Development Institutes (EDIs) that had indicated interest with the bench mark set by the government for the programme.

He said: “Before signing the MoU, virtually all Kebbi-based EDIs had been contacted, there is a benchmark of what the state government can afford in terms of this programme.