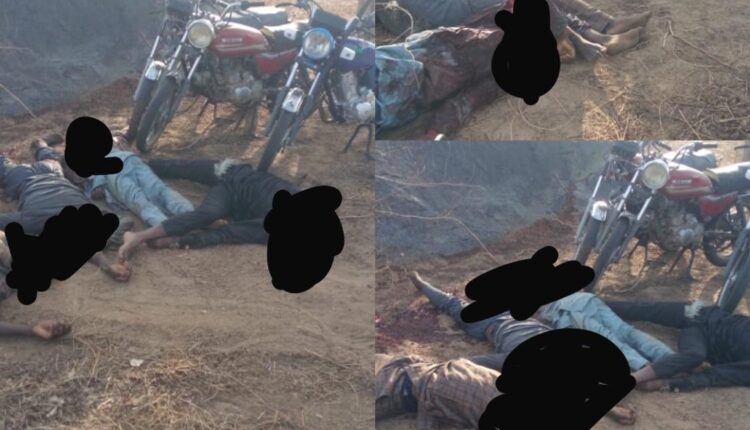 The Katsina State Police Command has neutralized four suspected bandits in Dangeza village, Batsari, area of the state as three motorcycles were recovered from them.

As gathered, the bandits, who were on nefarious missions were said to have stormed the communities but were repelled as other members of the bandit took to their heels after they were hit by bullets from the police.

Confirming the development, the state’s Police Public Relations Officer,  SP Gambo Isah, said that the four bandits were neutralized after the police engaged them in a gun battle in Dangeza village, Batsari.

“The DPO, Batsari led operations led a team of Police personnel to Dangeza village, Batsari, and successfully repelled bandits on heinous mission. The team engaged the hoodlums in a fierce gun battle and repelled their attack.”

Isah, in a statement on Wednesday, added that the doggedness, uncommon courage, and tactical operational strategy adopted by the Police officers made the bandits flee into the forest with varying degrees of bullet wounds.

“In the course of profiling the scene, four bandits were neutralized and three of their motorcycles were recovered”

According to the PPRO, the Command urges members of the public to cooperate with security agencies working at the frontline areas by giving them credible information on bandits and their collaborators, especially those supplying them with arms and ammunition, informants, and other essential commodities.

“The Command assures members of the public that the command remains resolute and committed in the ongoing fight against recalcitrant bandits until they are arrested and dealt with according to the extant laws of the land,” he said.