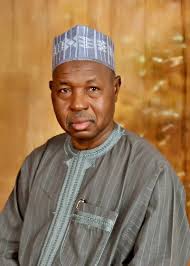 The Katsina State Governor, Aminu Masari, has appointed and sworn in four judges into the state judiciary system and said that the new additions would aid in reducing delay in justice delivery and case dispensation within the region.

Masari said that the judicial system had faced challenges of delayed judgment and prolonged case hearings, but added that such occurrences would be greatly reduced through the efforts of the newly appointed judges.

The governor, while speaking during the swearing-in ceremony on Thursday, said that the state judiciary was in need of reform in order to ensure effective delivery of justice to its residents and charged the new judges to discharge their duties with high standards of professionalism and adherence to the rule of law.

He stated that the appointments called for greater responsibilities to duty and justice delivery, and added that the position required a high level of dedication to peace and good governance.

“This is a call to duty that requires more dedication, professionalism, and above all the fear of Allah. The justice delivery system nowadays has been facing challenges that include delay in the dispensation of cases. A reform in the system has become imperative to ensure effective justice delivery in the state”, he said.

The Guild gathered that the new appointees included Safiya Badamasi Umar (SAN) and Barrister Ashiru Sani, who were sworn-in as High Court judges, as well as Mohammed Makiyyu Adam and Adam Salihu Yarima, who became Sharia Court of Appeal Qadis.