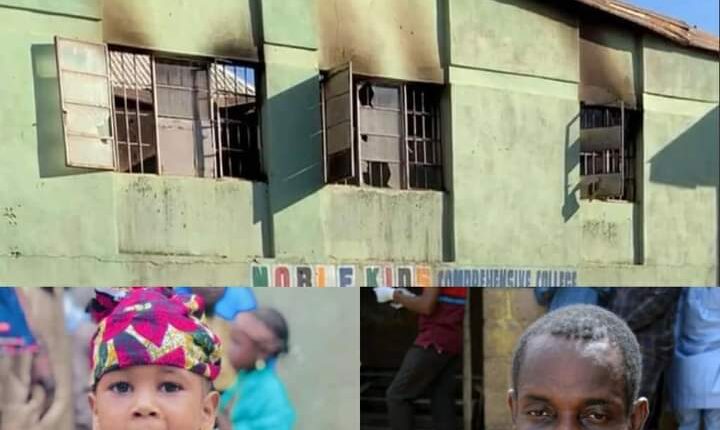 Dozens of youths were reported to have set the Noble Kids Comprehensive College in Kano State ablaze over the murder of a five-year-old pupil, Hanifa Abubakar.

The youths, it was learnt, set the building on fire to express their displeasure after her teacher, Abdulmalik Tanko, was discovered to have allegedly killed the child and buried the body within the school premises before it was discovered.

It was gathered that the youths stormed the school premises along Warshu Hospital Road, Kawaji Kano in the early hours on Monday and set it ablaze, purportedly in protest against the killing of the five-year-old girl.

The attack on the building in Kwanar Dakata community came days after the state government ordered the immediate and indefinite closure of the school, following the arrest of the school proprietor, for allegedly aiding the crime.

Hanifa was abducted by her teacher who demanded ransom from her parents and later killed her in December last year after collecting a ransom for the release. 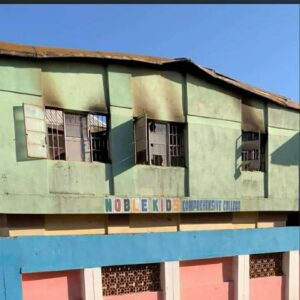 The Police Public Relations Officer for Kano Command, Haruna Kiyawa, revealed that Abdulmalik confessed that he kidnapped the girl and took her to his house where he contacted her relatives and demanded a ransom of N6 million.

According to him, the said teacher later conspired with one Hashim Isyaku to kill the girl on December 18, 2021, having realized that the victim had recognised him.

They buried Hanifa in a shallow grave within the school premises located at Kwanar ‘Yan Gana in Tudun Murtala Quarters, even after they had promised to release the deceased to her parents.

In his reaction, Kano State Governor, Abdullahi Ganduje, outlined some of the measures taken by the government to ensure justice was served in the murder of Hanifa.

According to the governor, the government is terribly disturbed that people entrusted with the care of children only turn out to be their murderers.

He added that the government has been in touch with Hanifa’s family and would remain so until justice prevails in the case, to serve as a deterrent to others.