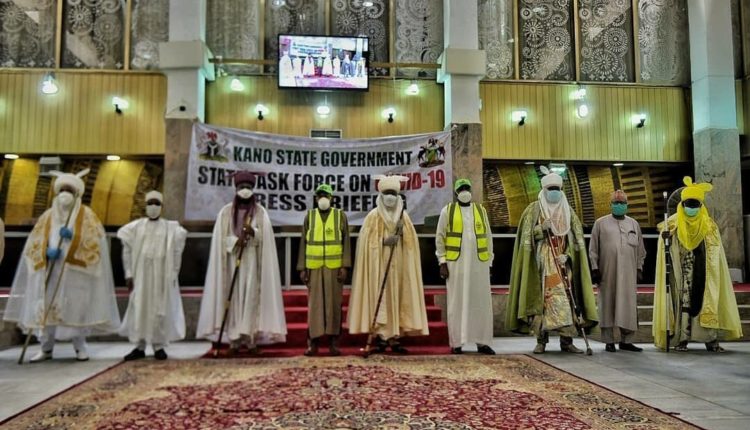 The Kano State Government has disclosed that it had trained one thousand six hundred and thirty-seven coronavirus frontline health workers on contact tracing to reduce community spread of the viral infections.

It explained that their expertise would be deployed in identifying, tracing, and isolating all individuals that have come into contact with confirmed cases while restricting the further spread of the virus in the state.

The State’s Governor, Umar Ganduje, said the new health response protocol will help in further mitigating the spread of the virus after the total confirmed cases rose to six hundred and ninety-three in the state on Tuesday night.

Ganduje, through a post on his social media page on Wednesday, said contact tracing remains one his administration’s approach to stem the tide of the pandemic and ensure the state gain early control against the virus.

According to him, his administration will stop at nothing in protecting lives and properties in the state, adding that the citizens should support the government efforts by painting social distancing and a high level of personal hygiene which is effective in curtailing the spread of the virus.

“Contact tracing remains an integral part of the battle against #COVID19 in our state and we have made this top of our agenda in the past weeks. I announce today that we have trained 1,637 people in the state whose responsibility it will be to track down

“persons who have come in contact with carriers of the pandemic. I want to reassure the people of Kano that my administration is doing everything humanly possible to see that the pandemic was tamed to its knees. You can play your part too by washing your hands constantly and maintaining social distancing. We can only beat this virus TOGETHER,” he wrote.

Recall that the state government had yesterday announced the extension of lockdown and restriction placed on movements in the state, saying the decision was part of the measures put in place by the government to mitigate further community spread of coronavirus in the state.

The state’s Commissioner for Information, Muhammad Garba, said the decision to extend the lockdown for another seven days followed consultations with the federal government and other relevant stakeholders in the health sector after a recorded spike in cases of the virus.

Contact tracing remains an integral part in the battle against #COVID19 in our state and we have made this top of our agenda in the past weeks. I announce today that we have trained 1,637 people in the state whose responsibility it will be to track down pic.twitter.com/ym58kmTrrJ