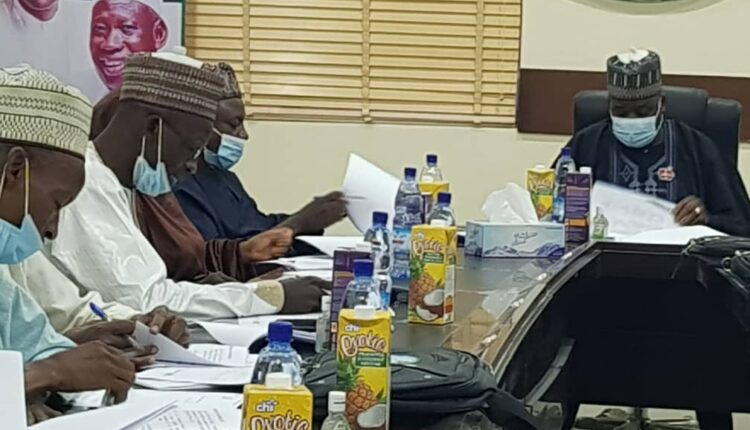 The Kano State Government has disclosed plans had been concluded to develop its agro-pastoral sector through the transformation of forests across the state, particularly the Dansoshiya forest.

It indicated that the Governor Abdullahi Ganduje-led administration would be committing massive physical investments in Dansoshiya Forest, in the tune of billions of Naira, that would be the springboard from which agro-pastoral development programmes in the state would be launched.

The State Deputy Governor, Dr. Nasiru Gawauna, said that the investment in the sector was in line with the government commitment to ensure all areas and sectors were not left in the state’s developmental drive.

Speaking while chairing a meeting of the Steering Committee of the Kano State Agro Pastoral Development Project, in his office, said that necessary infrastructures would be sited in the forest to aid its transformation.

He noted that the Ganduje-led administration had also begun talks with the Islamic Development Bank (IDB) and the Lives and Livelihoods Fund (LLF) for the partnership to augment the state government investment and fastrack the forest development.

“The provision of infrastructure such as school, market, clinic as well as grazing land will help us to transform Dansoshiya into a model grazing reserve in this country.

“We have already informed the Islamic Development Bank and the Lives and Livelihoods Fund, LLF about what we have started separately in the forest like the housing units for the pastoralists, the dam, and some other things. They have agreed to come and see what we have started which will encourage them to fast track related projects under the KSADP,” Gawuna said.

He recalled that Borno state had earlier this year sent a delegation to Kano to imitate its agro-pastoral development model, stressing that both Islamic Development Bank and the Lives and Livelihoods Fund, LLF, envision the KSADP as a model for future development projects in Africa.

Dr. Gawuna, who is also the state Commissioner for Agriculture, however, stressed the need for synergy between the KSADP and the state government Ruga Committee to ensure the viability of projects at Dansoshiya.

The deputy governor was happy that the Kano Agro Pastoral Development Project has started to gather steam due to the political will of the state governor and the support from the state legislature, who will provide guidance and oversight roles in respect of the overall project implementation.

The KSADP steering committee meeting, which focused on the project’s budget for 2021, observed that with the timely release of operational funds, things would work out well.