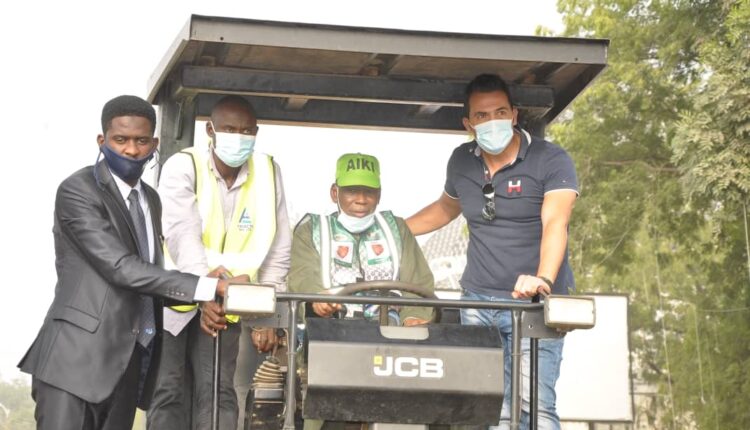 The metropolitan project contract which was said to have been re-awarded would involves expansion of both lanes of the road, construction of culverts, installation of street lights and pavements, among others.

Speaking yesterday during the foundation laying ceremony of the road project, the governor said that the project was in fulfillment of promise he made earlier this year.

According to him, the project was earlier on awarded to a contractor who defaulted, as a result of which the contract was revoked and re-awarded because this project is part of our strategic plan to ease transportation problems in Kano city.

“This road was named to immortalize the late Premier of Northern Nigeria, Sir Ahmadu Bello, so it is important that it must be in good shape, not only to facilitate traffic but also to honour the great man.

“You will recall that some time ago I attended a function at the Saudi Consulate in Kano, whose office complex is along this road, and I made a promise to reconstruct it because of the teeming citizens plying it and because the sprawling neighborhood consists of residential apartments. Today, I am happy this pledge has been fulfilled,” he said.

The governor expressed optimism that with the heavy equipment and personnel mobilized to site by the new contractor, Triacta Nigeria Ltd., the project would not only be completed soon but would also stand the test of time.

In his remarks, the state Commissioner of Works, Idris Rimi stated that the government has confidence in the ability of the contractor judging from their track records.

“I am particularly pleased that immediately the company received the contract award letter, it mobilized to site without waiting to collect mobilization fees. This is very commendable”, the commissioner maintained.