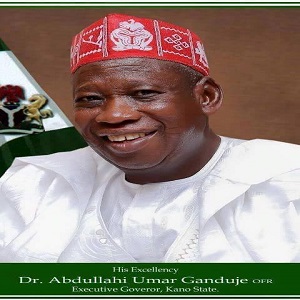 Share
The Kano State Government has terminated the employment of four employees for selling landed properties belonging to the state illegally.
Other offenses leveled against the four employees deployed to the state Bureau for Land Management include forging documents, issuing false cadastral information, and falsification of official records.
The officials dismissed by the government after investigations were: Abdulmuminu Usman Magami, Senior Survey Assistant on Salary Grade Level 06, and Abdullahi Nuhu Idris, Senior Land Officer on Salary Grade Level 10.
The two others that were shown the exit door were: Audu Abba Aliyu, Press Attendant on Salary Level 05, and Baba Audu, Assistant Chief Land Officer on Salary Grade Level 13.

Dismissal of the four civil servants was made known in a statement signed by the state commissioner for information, Muhammad Garba, and made available to newsmen.

In the statement released on Tuesday, Garba said the officials were sacked based on the recommendation of an Investigative Committee set up by the government to determine their involvement in the act.

According to him, the committee was set up following complaints from residents against them which found them guilty of the offenses.

He explained that their dismissal was in accordance with Civil Service Rule No.04406, adding that the decision was to serve as a deterrent to others.
The commissioner, meanwhile, warned civil servants that the State Government would not condone any misconduct from public and civil servants.
“Therefore, all government employees are expected to carry out their responsibilities honestly, diligently, effectively and in accordance with the civil service rules and regulations,” he added.

Tinubu will attend peace meeting with Aregbesola when invited- Aide