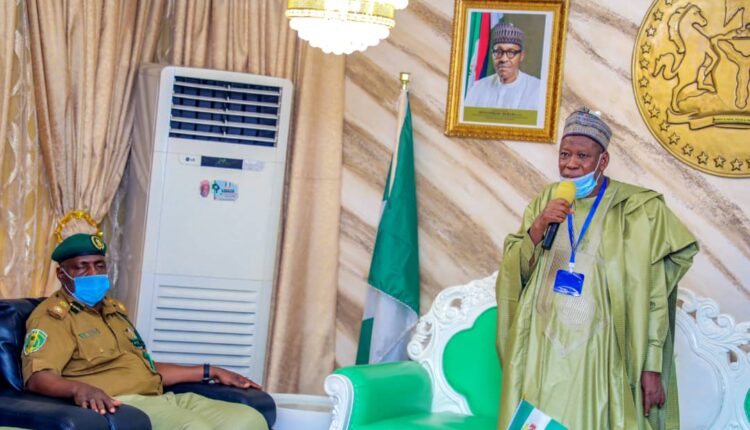 The decongestion, it said, was part of modalities rolled out to give inmates another shot at life and ensure the prison facilities were not being overstretched beyond capacities.

The State Governor, Dr. Abdullahi Ganduje, said that the inmates had been freed before outbreak of coronavirus which necessitated social distancing measures introduced to reduce spread of the virus across the country.

Speaking when he received the new Controller of Correction, Kano State Command, Sulaiman Sulaiman, who paid him a visit, Ganduje said that the gestures were also in line with the recommendations of the state’s committee on prerogative of mercy.

He said that his administration also made provision for donation of starter kits to support inmates who had acquired skills in the correctional centers as empowerment palliatives when they regain freedom.

“Through our committee on Prerogative of Mercy, we are adhering to the presidential directive on decongestion of Correctional centers. During festive seasons like Sallah, I personally visit the Correctional Centers to oversee the release of prisoners especially those whose penalties are fines.

“This is in addition to transport fare for each released inmate as part of effort to promote social re-integration. It is our hope that these efforts will assist in making them responsible members of society,” Ganduje was quoted as saying in a statement by his spokesperson, Ameen Yassar.

The Governor who highlighted the pivotal role of correctional centers in information gathering and security management enjoined the new state’s  Controller of Correction to participate actively as a member of the security council.