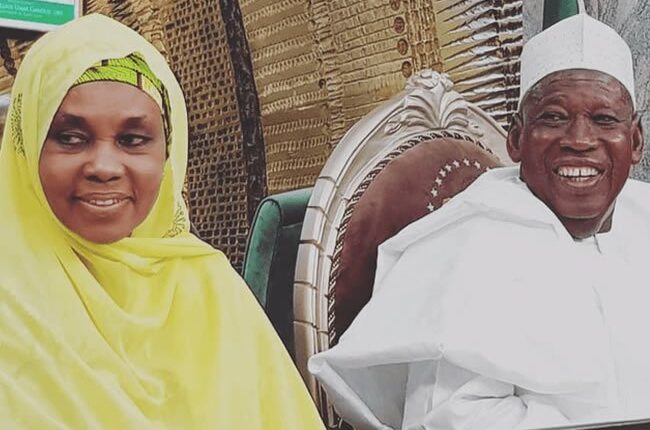 The Kano State Government has refuted claims making rounds that the state’s First Lady, Prof. Hafsat Ganduje, has been arrested by the Economic and Financial Crimes Commission (EFCC) over alleged financial misappropriation.

The government described as mere rumours reports on social media and some online publications that Governor Abdullahi Ganduje’s wife was arrested by the nation’s topmost anti-graft agency.

Making the clarification through a statement on Tuesday, the state’s Commissioner for information, Muhammad Garba, noted that those behind the rumors are mischief makers who are bent on misinforming the unsuspecting public and causing unnecessary tension across the state.

According to him, the state government expressed regrets that the content of the unfounded story could not be attributed to any credible source such as the purported arresting agency, the EFCC.

“Most unfortunately, the fake story is being peddled on social media platforms without confirmation from either the government or the EFCC,” the statement said.

“The governor’s wife has not been arrested or detained and  she is presently discharging her responsibilities,” the statement further added.

The commissioner, however, called on the good people of Kano state to disregard the rumour, remain calm and go about their legitimate business, adding that the present administration was committed to moving the state forward under the Ganduje’s leadership.