Kano Govt. bans men, women from swimming together in pool 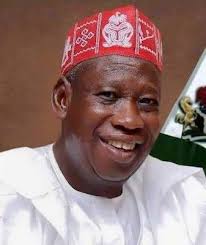 Kano government has banned some social activities particularly men and women swimming together in a pool as a way to prevent immorality and social vices across the state.

The government stated that essence of most of the bans placed on certain social activities is to instill morality especially among underage children and youths.

As disclosed by the Kano State Task Force on Tourism Development Levy, the government has banned underage children from going to hotels because of the effect it might have on them with such indecent exposure.

During a meeting with newsmen on Monday, the Chairman of the Committee, Baffa Dan-agundi, disclosed that they have had a meeting with the owners of hotels, restaurants, and event centers in the state to ensure that they adhere to directives stated by the government.

Baffa stated that the committee informed the hotel owners of a new levy which the state government has stipulated for them to pay which will help in sanitizing their places of business aimed at preventing the acts of prostitution across the state.

He further noted that the committee was constituted under the state tourism law especially for a purpose such this to help make the state morally stable.

“Part of our term of reference is to stop underage children from entering hotels without their parents, banning of shisha smoking, swimming between men and women in the pool, lesbianism, and gay practices.

“The committee will further oversee the activities of DJs at wedding ceremonies and event centres. All events centres should be closed by 11pm,” he said.