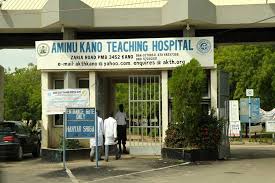 The Association of Resident Doctors (ARD), Kano State Chapter, has disclosed that at least ten of its members have tested positive for the deadly coronavirus pandemic and have subsequently been placed on isolation.

It said that the coronavirus positive doctors had worked at the Aminu Kano Teaching Hospital (AKTH) prior to the illness, and that contact with the infection had come from patients being treated at the facility.

The Chairman of the AKTH unit of the Association, Dr. Abubakar Nagona confirmed the disease incidents to newsmen on Tuesday and revealed that eight of the affected doctors had developed symptoms of the viral infection and were admitted to the state’s isolation centers.

Nagona added that the two remaining doctors had yet to show symptoms of the pandemic and had thus been placed on self-isolation in their homes, while close monitoring remained ongoing.

According to the chairman, such disease incidence could have been averted with the provision of adequate preventive gear for frontline health respondents and adherence to the government directed use of protective face masks by patients.

“The doctors were made vulnerable by the absence of adequate Personal Protective equipment, as well as the failure of patients to wear face masks when coming to the hospital for treatment”, he said.