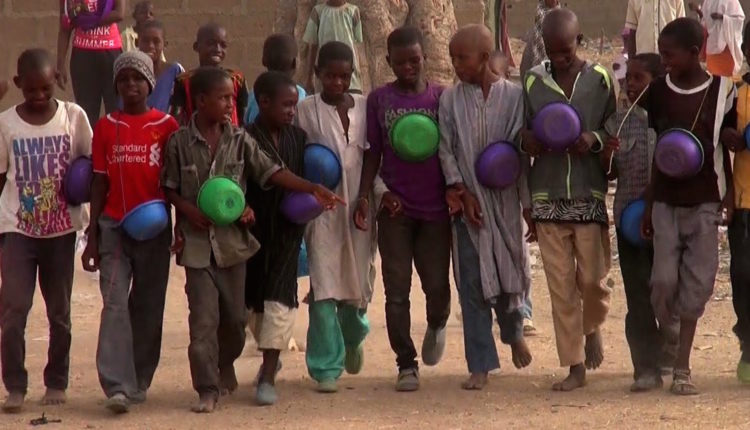 Part of signs that that Kano State Government really means business after it publicly made known that the state would no longer tolerate alms begging activities within the state, must be commencement of data collection and comprehensive collation of its indigenous children, popularly called Almajiri’, who are receiving Islamic education in the state.

The move was said to enable the state government properly plan for integration of the children and as well put in place adequate welfare system, feeding and other educative programs for the kids.

The guild learnt that the data collection process became necessary after the state government officially placed ban on alms begging and that the motive was to fist identify numbers of almajiri in the state, and follow it up with designing a proper plan for integrating them into government’s programs.

Sources from the state government stated that the Kano State Governor, Dr Abdullahi Ganduje, directed relevant offices to work on comprehensive data collection of almajiris and that the work had reached progressive stage.

They indicated that the data collection of the children would enable the state government have accurate numbers of Kano indigenous children that were under almajiri program and that the measure would separate them from other states’ indigenes, who were also under same program in the state.

One of the sources who spoke to The Guild under anonymous condition, on Wednesday, confirmed that government has put in place plans to commence feeding programs for the almajiris since it had placed ban on alms begging.

He explained that the move was a palliative measure on the part of state government to discourage the children from going back to begging after the state had officially banned such activities.

He said that the state governor had put priority on the welfare and wellbeing of almajiris and children of the less priviledged and that plans had been concluded to run school feeding program in public primary schools in a way that would augment that of federal government scheme.

According to him, Ganduje’s priorities at present is on the children and he is dedicated to ensure programs on the almajiris welfare is being run smoothly without any hindrance.

“Ganduje told a group of his cabinet members that he does not feel comfortable seeing sons and daughhters of less priviledged parents sufferring particularly the almajiris,”

“He told them that the only way out of the begging menace in the state is for the government to shoulder responsibility of feeding the almajiris and children of less priviledged parents and that the plan can not be achieved without officially banning alms begging in the state”, he said.

Another source reiterated the state governor’s commitment to wellbeing of children, women and other vulnerable members of society saying that Ganduje had been known on several occasions to express his worry over limitations being placed on the indigent children who , prior to the governor’s new educational policy, had no access for formal education and depended on alms begging for their daily needs.

“We all have children. No one will want to see his child go through what these children go through. Mr Governor has always been passionate about their wellbeing, so it is no surprise now that he has taken firm steps to protect these children”, he said.

It would be recalled that the state governor had launched Basic Education Service Delivery for All (BESDA), an educational inclusion program which aimed at providing free and compulsory primary and secondary education  for all children in Kano State.

Concerning the program, Kano governor, Abdullahi Ganduje, explained that it was step towards securing the future of the state, as occassioned by recent ban of street begging and underage alms  begging in the state.

According to Ganduje, “This policy of free and compulsory education goes along with the integration of our Almajiri system into mainstream  policy implementation, which suggests that Engkish and Arithmetic must be included in the Almajiri Schools curriculum,”

“We will ensure that these children are prepared for the future, they will continue acquiring their study of the Holy Quran while they also study other subjects which will be taught by our newly recruited teachers who will be posted to Islamiyya and Almajiri schools”.

The governor added that, “These children live on the proceeds of alms begging and charity, that can no longer take place in our gredat state, hence we are finalizing plans to feed and care for all almajiri children in our State”.

Ganduje warned parents and guardians, as well as Almajiri school heads to comply with the laws of the state and cooperate with the new policy or be ready to face wrath of the law.

“We are ready to implement this policy fully. Please be aware that when Almajiri are caught begging, it is not only that beggar is caught, but his parents or guardians. Such parents or guardians would be taken to court to face the wrath of the law”.