240 inmates escape during jailbreak in Kogi 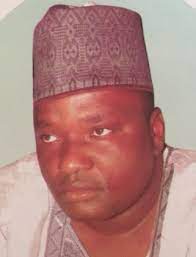 Dashi’s election was said to have been followed by his nominated by Sale Marke (APC-Dawakin-Tofa) at plenary on Monday.

The nomination was said to have been seconded by Nuhu Achika (APC-Wudil), after which the lawmakers affirmed his election as the new deputy speaker.

During the plenary presided over by Speaker Hamisu Chidari, on Monday, Dashi was said to have been immediately sworn in by the director, house legal matters, Nasidi Aliyu.

Chidari congratulated Dashi on his election and assured him of the house support in order to effectively and efficiently carry out his duties.

On his part, Dashi in his acceptance speech commended the house for finding him worthy of the new appointment and promised that he would discharge his duties in the best interest of the house.

He was said to have voluntarily resigned to contest for the seat of Kano State House of Assembly in 2015 and won under the platform of All Progressive Congress (APC).