House of Reps invites Alaibe, others over N61.4bn abandoned… 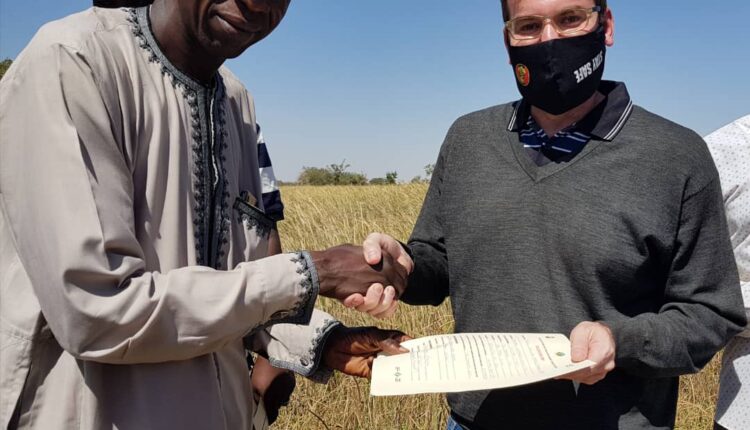 As part of measures aimed at improving agriculture and rural development, the Kano State Agro Pastoral Development Project (KSADP) has disclosed that it has awarded N314, 454, 625. 80, contract for the repair of Watari Irrigation Scheme.

It explained that the contract had been awarded in line with the Governor Abdullahi Ganduje-led administration’s commitment to the development of the agricultural sector, particularly supporting the farmers in all areas that would yield great farming output, provide jobs for people and grow the local economy.

The state’s Project Coordinator, Ibrahim Garba Muhammad, said that said the renovation expected to be flagged-off by the governor, would include repairs of gully erosion on the dam’s embankment.

Speaking yesterday during the official handing over of the project site to the contractor, Hajaig Nigeria Ltd., Muhammad added that the rehabilitation would also include repairs and desilting of the main canal and drainages as well as desilting and repairs of the night storage reservoir.

“Besides the renovation of the dam, whose embankment has been eroded and its canals blocked, our project intends to create an additional 1, 000 hectares of irrigation land, meaning more people in this locality would be engaged in farming,” he said.

Furthermore, he appealed to farmers and other stakeholders in the area to cooperate with the project contractor to ensure speedy completion of the work.

“I want to inform you that the KSADP is being funded and supported with grants by the Islamic Development Bank and the Lives and Livelihoods Fund, LLF, to improve crop production and enhance livestock productivity, and this project is one the main activities we are going to conduct to achieve our goals”.

In his remarks, representative of Hajaig Nigeria Ltd., Kasem Hajaig, assured that the heavy equipment would be mobilized to the site quickly to ensure that the work was completed within three months as contained in the contract agreement.

Speaking on behalf of the farmers, Ali Ibrahim, who was overwhelmed with joy, promised that they would do the needful to ensure that the project is completed in good time, in view of its import to farmers’ socio-economic progress.

The irrigation scheme is situated downstream of the Watari dam, in Bagwai Local Government Area, and has the potential for the cultivation of vast hectares of rice, several irrigated crops, and vegetables.

Constructed over 40 years ago, the dam and its auxiliary infrastructure have not undergone repairs since then, despite its huge potential for agriculture and rural development.