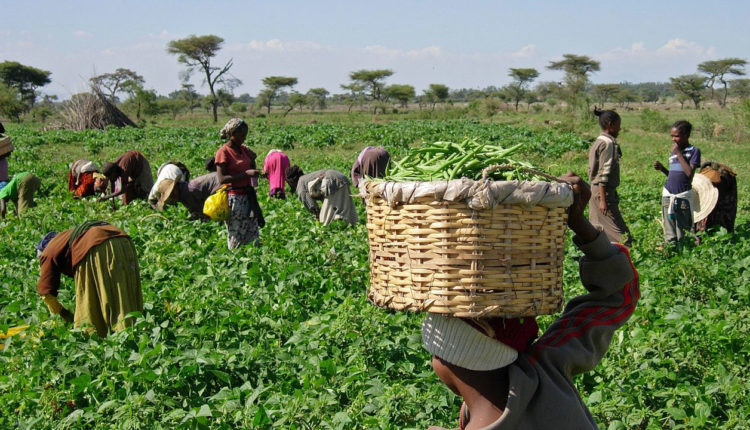 A kano State based agriculture body, Kano State Agro Pastoral Project, and an indigenous food processor, Dantata Foods, have disclosed that the duo would be joining forces to provide formers adequate assistance in adding value to farm produces and how outputs could be better processed, before getting them to markets for off-takers.

They both said that collaboration had been made to ensure improvement reach farmers through introduction of considerable technics and end era of waste from farm produce, often recorded in the past.

As gathered, the duo would not abandon farmers to doing farming process alone but also enhance linkages between smallholders and private sectors that would drive smooth production, storage, processing, off-taking and marketing of agricultural commodities.

The Project Coordinator, Kano State Agro Pastoral Project,  Ibahim Muhammad, stated that both his office and Dantata Foods had agreed to begin supporting farmers within Kano by providing specialized extension services including linking them with off-takers of grains and food processors.

Speaking during a meeting with management staff of Danatata Foods, lead by Tajuddeen Dantata, yesterday, in Kano, Muhammadu explained that part of planned crop product value addition and market access component of the project were to engage more private sector actors to play key role in off-taking of farmers’ produce including rice, maize, sorghum, soy beans, cowpea, groundnut among others

The coordinator disclosed that the project through the team would also be supporting investment in commercial large-scale fodder production in partnership with the private sector and that the bother the agro body and Dantata Foods have plans to also reach out to companies dealing with livestock development, for partnership, specifically those who were into animal fattening and meat off-taking as well as commercial fodder development.

Muhammadu said that no fewer than 20 investors interested in fodder production and that they would provided needed assistance in area of pastures development, harvesting and bailing equipment, in addition to marketing facilities.

“Let me thank our partner, Dantata Foods, for showing interest in KSADP project and reaffirmed commitment to supporting the initiatives towards making agriculture a win-win venture for farmers and entrepreneurs”, he commended.

On his part, Dantata said that his processing company has both capacity and potentials to work with the project, as off-takers and producers of agricultural products.

He expressed that, through the project, the Kano and other states within northern part of Nigerian could be removed from challenges confronting them and that the region would certainly become self-sustenance.

“With your project, we can work together to solve the many problems facing the northern part of country. We have enormous potentials but we are not using them to our advantage. With this kind of arrangement, we can be self-sustaining”, he added.

The chairman maintained that his company’s interest in working with KSADP as off-take from farmers, was to solely add value to all forms of farmings, whether animal or plantations, and also empower women and youth through agriculture.