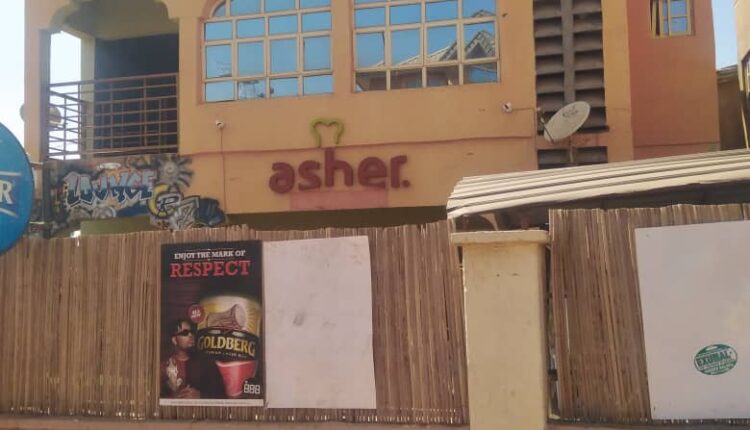 As part of effort to enforce morals in Kaduna, the State Urban Planning and Development Authority(KASUPDA) has pulled down a private hotel, Asher Hotel, in Barnawa axis of the state over alleged propagation of immoral act.

Part of the allegations leveled against the hotel management includes a planned sex party and contravening the state coronavirus protocol earlier imposed after the state was hit by the virus second wave.

As gathered, the hotel, in a flier released by KASUPDA on Thursday before the demolition exercise, had lined up games, foods, grills, movies, sex, and other events for the new year celebration in the state.

According to the flyer, the sex party involving both outdoor and indoor activity was held on December 27, contravening the COVID-19 protocol in Kaduna. 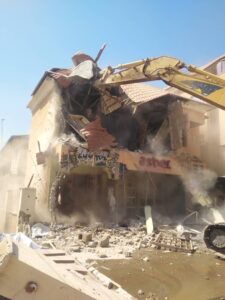 Confirming the demolition, the agency, which is in charge of the planning and development of all urban areas in Kaduna, announced that it had pulled down the structure housing the hotel on Thursday in a statement posted on its official social media handle.

KASUPDA added that the hotel violated COVID-19 guidelines and that it had earlier warned that any property used for such an immoral act would be demolished.

The statement reads: “KASUPDA have demolished Asher Hotel in Barnawa Kaduna South. Asher Hotel was the proposed venue for the Kaduna Sex Party, the hotel was also caught contravening the Covid-19 guidelines of the state. KASUPDA will not hesitate to demolish properties used for such an immoral act”. 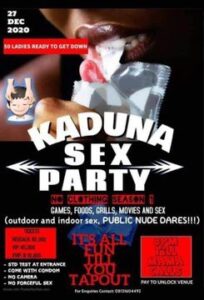 Buhari to roll out 2021 plans during New Year day broadcast