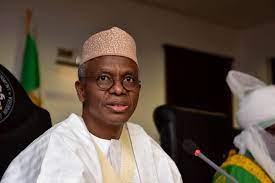 The Kaduna State Government has commenced a new competency test for newly recruited primary school teachers as part of efforts to ensure quality teaching and learning in basic schools across the state.

The teachers are expected to write for five subjects, answering ten questions per subject; which include English language, Mathematics, Social studies and basic science.

The test was said to have come four years after it conducted a similar exercise that led to the dismissal of 22,000 unqualified teachers and the recruitment of 25,000 qualified ones.

Speaking at the commencement of the computer-based test held in three different centres of the state, the Chairman of the State Universal Basic Education Board, Tijjani Abdullahi stated that the competency test is not to sack any teacher but to identify gaps in the subject areas for the purpose of training and retraining the teachers.

“The teachers that are here will see the difference in the approach of the testing,” he said.

As gathered, In 2017, the Kaduna State Ministry of Education were said to have sacked over 20,000 unqualified teachers who failed a test conducted to determine their competency.

The decision which was said to have pitched the Nigerian Union of Teachers, the Nigerian Labour Congress, NLC, against the state government, saw the two Labour unions embark on a peaceful protest.

Despite the dust it generated, the government stuck to its guns and subsequently went ahead to employ about 25,000 new qualified teachers to fill the gaps.

Four years down the line, the Kaduna State Government is said to be embarking on the same process of assessing the competency of the newly recruited teachers through a computer-based system.