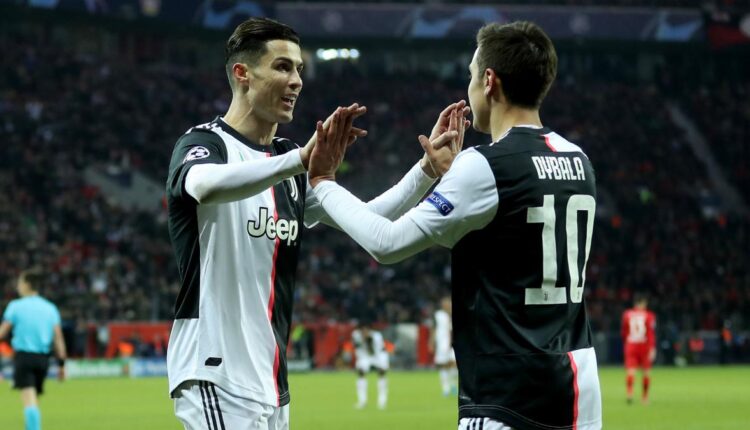 Days after Juventus lost Coppa Italia final to Napoli, the club bounced back with a win away to Bologna after resuming their Serie A campaign  on Monday.

In a quick response to their defeat, Juve started the match on the front foot, with Ronaldo forcing Lukasz Skorupski into a smart stop inside the opening 10 minutes of the game.

The forward got the better of the Bologna goalkeeper midway through the opening period, though, slotting down the middle from the penalty spot after a VAR review deemed that Stefano Denswil pulled Matthijs de Ligt’s shirt from a corner.

Nine minutes after, the visitors doubled their advantage in sumptuous style before the break, Dybala sweeping into the top corner from 20 yards after a superb backheeled flick by Bernardeschi.

Ronaldo prodded wide shortly after the restart when clean through, while Bernardeschi crashed a 20-yard effort against the post moments later.

Juve were content to play out the second half at a pedestrian pace, though a Ronaldo effort fizzed past the post and also saw a late strike ruled out for offside, while substitute Danilo received his marching orders in stoppage time after picking up a second booking for a foul on Musa Juwara.