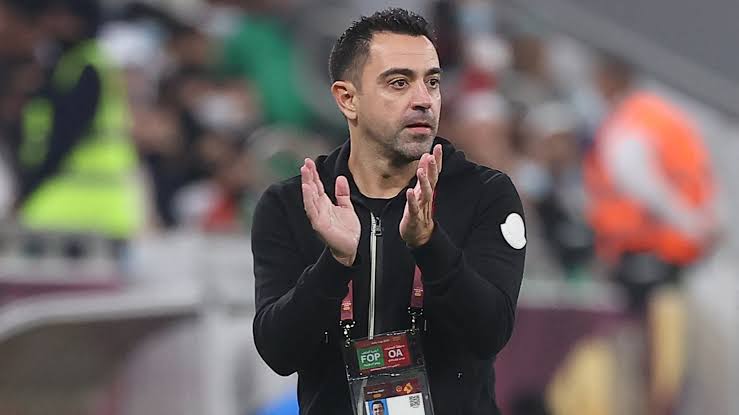 Qatari football club, Al Sadd, manager, Xavi Hernandez, has accepted to leave for the Spanish giant, Barcelona, as part of measures to boost his managerial experience.

As gathered, Barcelona has paid the release clause in the manager, who was a former player of the Spanish team, contract with the Qatari football outfit.

Confirming the new development, Al Sadd Chief Executive Officer (CEO), Turki Al-Ali, on Friday, said Xavi will be departing the club for his former employer.
Al-Ali said that the Qatari club and it’s manager have agreed that he could leave for the Spanish team after fulfilling the clause stipulated in his contract.
“The Al Sadd administration has agreed on Xavi’s move to Barcelona after the payment of the release clause stipulated in the contract,”  Al-Ali added.

Before the announcement, the Qatari club had previously said that their 41-year-old boss would not be allowed to leave for Barcelona because they have a project to complete.