Just In: Woman dies after mudslide in Lagos 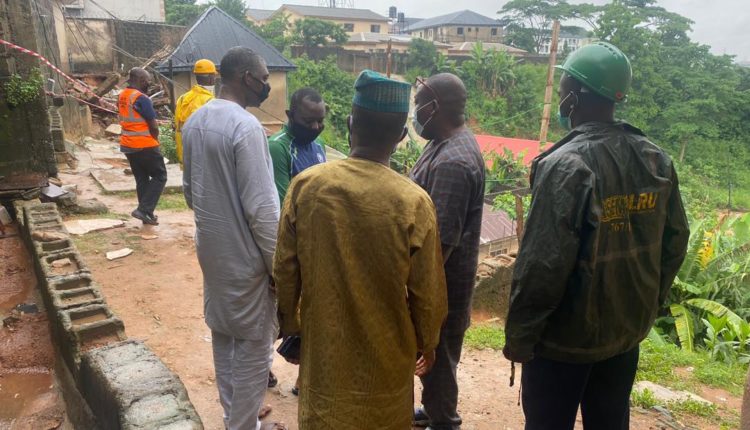 For residents of Adebiyi Street, in Magodo phase 1, Lagos State, the downpour experienced on Thursday will remain with them for only time know after a mudslide claimed the life of another resident in the community.

As gathered, the mudslide which was as a result of rainfall experienced for several hours across the state claimed life of the victim identified as a woman.

Aside from the victim, mudslide recorded within the community was said to have pulled down one-storey building and another fence on Unity Close off Adebiyi Street, in Magodo phase 1.

Confirming the tragedy, Lagos State Emergency Management Agency (LASEMA), in a statement signed by the Public Affairs Officer, Nosa Okunbor and made available to The Guild, said that the victim was a woman.

Okunbor hinted that the victim’s corpse had been moved to a nearby hospital before the arrival of LASEMA Response Team to the scene of the tragedy.

“Upon arrival at the scene of the incident, it was discovered that a fence collapsed on a one storey building as a result of mudslide thereby making the entire area vulnerable to more collapse.

“Further investigation revealed that an adult female lost her life at the incident scene but had been moved to the hospital before the arrival of the LASEMA Response Team.