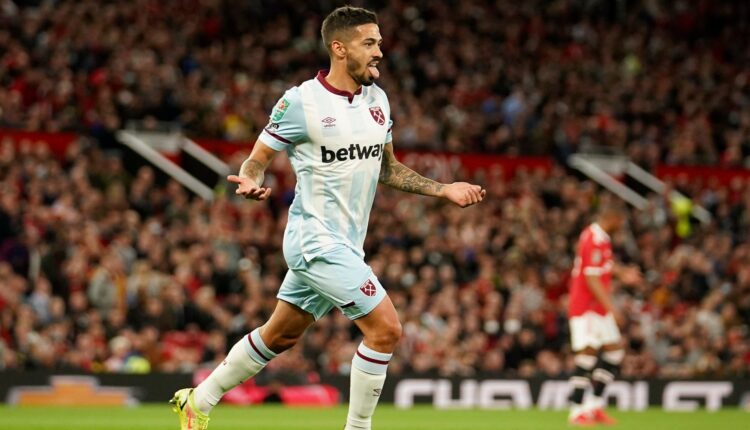 The English club, Manchester United, has been edged out of the 2021/2021 league cup popularly called Carabao Cup by their fellow premier league club, West Ham United, by 1-0.

The outcome of the encounter aided West Ham to advance at the expense of their hosts and marked the visitor’s first win at Old Trafford since 2007.

A goal scored at the ninth minute of the encounter by Manuel Lanzini on Wednesday separated both side although the home side will point to a very valid penalty claim turned down soon after.

Although Manchester United came into the game that was played at Old Trafford without their Portuguese forward, Cristiano Ronaldo, they were also not prepared for the game.

Due to the home team’s performance, West Ham footballers and their manager, David Moyes, took revenge on Manchester United after they were defeated over the weekend during the English Premier League encounter.

Also, David Moyes ensured that he got his first win as an away coach at the club that unceremoniously sacked him after just ten months.

The victory may not mean as much for Moyes as the three points lost when these two teams met on Sunday, it will still have tasted very sweet.

Only Jarrod Bowen survived from the two starting elevens that faced each other last Sunday. But there was no lacking in the entertainment for all that in a cracking game.

The changes afforded Dean Henderson his first start in goal for the Red Devils since long-Covid wrecked his start to the season.