Governors identify restructuring, other solutions to…

WHO cautions Nigerians against COVID-19 contravention during… 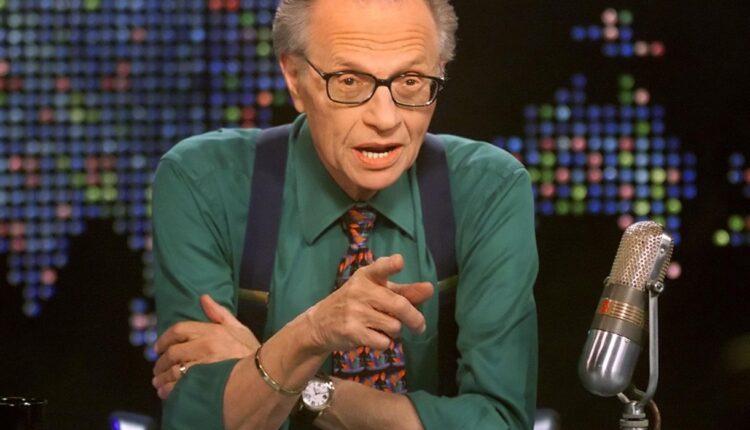 The United States popular broadcaster, Larry King, has been reported to have died at the age of 87 in Los Angeles, a few days after recovering from Covid-19.

As gathered, King, who was often revered as a giant of American talk-show, had faced several health problems in recent years, including heart attacks, before his death at the Cedars-Sinai Medical Center in Los Angeles.

Confirming the broadcaster’s death, his son, Chance, said that Larry died in the morning at the hospital, an announcement that was also corroborated by Ora Media, a production company he co-founded, to boost the standard of broadcasting and other media activities in the country.

Ora Media, in a statement posted on his verified social media accounts, described the deceased as a talented broadcaster whose 63 years in the profession has impacted on lives

The statement reads: “With profound sadness, Ora Media announces the death of our co-founder, host, and friend Larry King, who passed away this morning at age 87 at Cedars-Sinai Medical Center in Los Angeles. For 63 years and across the platforms of radio, television, and digital media, Larry’s many thousands of interviews, awards, and global acclaim stand as a testament to his unique and lasting talent as a broadcaster.”

It would be recalled that during his six-decade career, which included 25 years hosting his own Cable News Network (CNN) programme, King interviewed many famous political leaders, celebrities, and sports personalities.

King rose to fame in the 1970s with his radio programme The Larry King Show, on the commercial network Mutual Broadcasting System.

He was then the host of Larry King Live on CNN, between 1985 and 2010, holding interviews with a host of guests, aside from that, he also wrote a column for the USA Today newspaper for over 20 years.