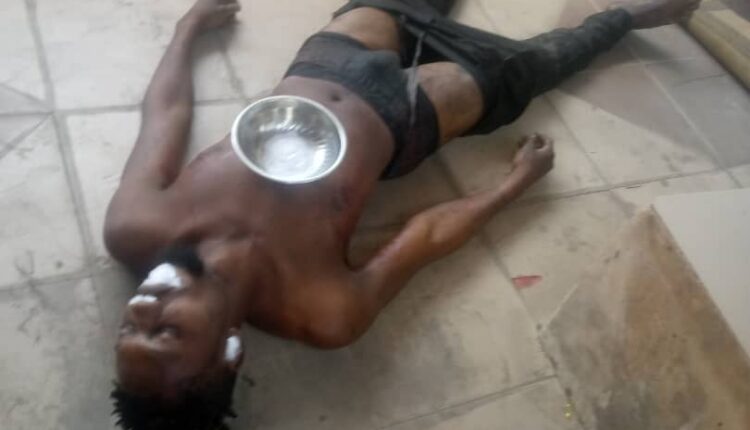 No fewer than two persons have been confirmed to have died and one other was said to have sustained varying degrees of injuries when two cult groups funded by the National Union of Road Transport Workers (NURTW) clashed in Lagos Mainland Local Government, Lagos State.

As gathered, the cult factions, Kogbagidi boys and Fagbayimu Olokodana boys, clashed at Iya Agan junction in Ebutte Metta axis and Idi-Aba around Joseph Lambo axis of the council, disrupting commercial activities at the early hours on Sunday.

Sources told The Guild that the Fagbayimu Olokodana boys were led by one Yusuf Skipoo, Kabiru Kokobiri and Idris Adisa popularly called Omo Simbi and they were chairmen of NURTW parks in Costain.

The other group, Kogbagidi boys, were said to have been led by Adekoya James popularly called Wewe Anointing, was also a member of the NURTW and is currently one of the chairmen in Oyingbo axis.

Residents told our correspondent that the face-off between both groups had started in 2010 and that efforts to end it, restoring peace and harmony within the council, have remained abortive, following interference of politicians that have also considered the groups as tools to disrupt elections processes whenever it does not favour them.

It was gathered that the latest uprising within the council started about two weeks ago when a member of the Olokodana boys identified as AZ was discovered to have terrorized residents of Ilaje Otumara Village along Mainland-Apapa road and all efforts to arrest him by the law enforcement agency was frustrated by members of his group.

Speaking on the crisis that occurred, the Chief Security Officer to Lagos Mainland Local Government Chairman, Ishola Agbodemu, narrated that members of the gangs were returning from a Street Jamz organized by a group, Eyes Open Gent, when they met at Iya Agan junction and they had some disagreement.

According to him, AZ, Samara lateef, Sunkanmi, and OMA from Olokodana boys engaged one Yoyo, Sego, Deji, Stainless and Ojo of Kogbagidi boy.

“In order to prevent the breakdown of law and order, I am some other members of the community in intervene but all our appeal to both parties did not go down well with them.

“While we were still persuading them, a fight broke out and a member of from the Kogbagidi boy identified as iya Uche was stabbed to death by a member of the Olokodana gang. As if that was not enough, the Kogbagidi boy later launched a reprisal attack and they shot at Abiodun, who was later pronounced dead by medical experts at Joseph Lambo on Apapa road”, he added.

Agbodemu hinted that the other victim that sustained injury was still been treated to ensure he survive the attack on him.