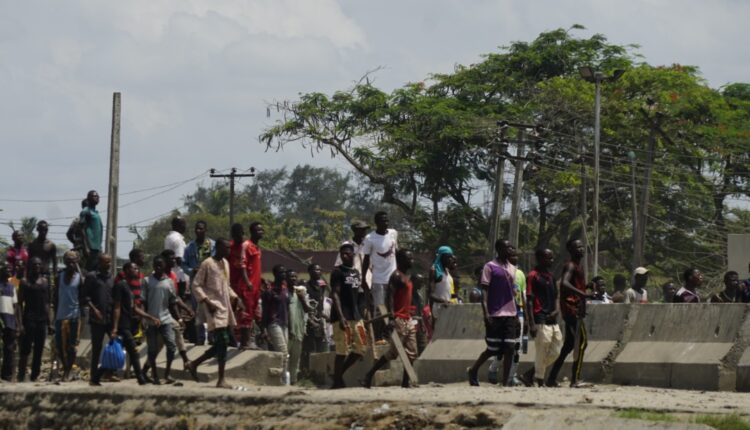 At least two people have reportedly been killed with dozen others sustaining varying degrees of injuries after motorcycle operators (Okada riders) and members of the National Union of Road Transport Workers clashed over alleged extortion among others around Iyana-Iba-Ojo axis of Lagos State.

The Guild gathered that trouble started when one of the motorcycle operators (Hausa Okada riders) was allegedly beaten and stabbed to death when the group was protesting constantly harassment by road union members.

It was learnt that residents and passersby were seen scampering to safety after the warring parties were wielding dangerous weapons and began shooting sporadically during the clash that started around 8 am on Monday.

Our correspondent gathered that the crisis which started around Iyana Oba has spread to the Alaba-Rago area, directly opposite Lagos State University (LASU), and the popular Volks Bus Stop.

The Lagos State Police Command spokesperson, Adejobi Olumuyiwa, who confirmed the development said that police officers have been drafted to the scene and that normalcy has been restored to the areas.

Through a statement on Monday, the spokesperson debunked reports that the crisis was an ethnic one, adding that investigations are still ongoing to ensure lasting peace returned to the area. 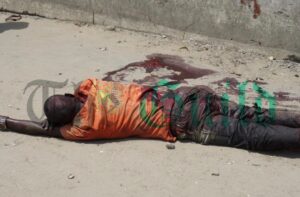 According to Adejobi, the Commissioner of Police, CP Hakeem Odumosu, has ordered for immediate deployment of additional police personnel to the area to maintain law and order as he also directed the Area Commander, Area E Festac, to personally be on ground to monitor the situation and invite the leaders of the affected Okada riders unit for an urgent meeting.

“The Command wishes to debunk the rumor that the disagreement, not violence as being peddled in the social media, was between some ethnic groups. Without mincing words, the incident has no ethic colouration whatsoever but a mere conflict between transport unions and their okada units on ticketing and increment in tariff.

“The Command, therefore, enjoins members of the public, especially those around the areas, including the students of the Lagos State University (LASU) Ojo, to go about their lawful businesses and studies respectively, as adequate deployment has been done to fortify security in the axis and by extension, in Lagos State in general,” the statement said.