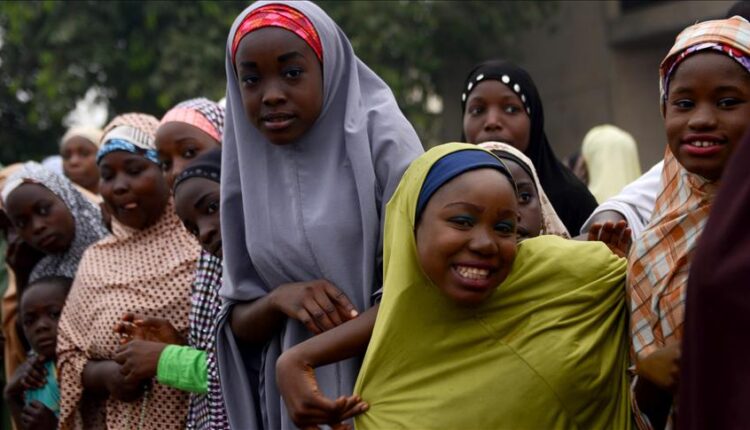 The Supreme Court has ruled that female schoolchildren could use Hijab, a Muslim scarf, in Lagos public primary and secondary schools, ending over five years of legal battles between the state government and two students, Asiyat AbdulKareem and Moriam Oyeniyi, as well as the Muslim Students’ Society of Nigeria (MSSN).

The court upheld that the ban on the usage of hijab by female schoolchildren violated the Muslim students’ rights to freedom of thought, conscience, religion, the dignity of human persons and freedom from discrimination guaranteed by the 1999 Constitution.

In a judgement relieved on Friday in Abuja,  the apex court stressed that the appeal brought before it by the Lagos State government could not be accepted as it violates tenets of the constitution, and upheld the earlier judgement of the Court of Appeal which held that the ban on hijab was discriminatory against Muslim students in the state.

As gathered, of the seven justices assigned and on the panel, six backed the use of hijab in Lagos schools while the other argued that it should be discontinued.

Although the judgement was delivered by the apex court on a case brought before it from Lagos, however, it would be binding on all schools within the territory of Nigeria.

Speaking on the judgement, the Amir (President) of the MSSN, Lagos State Area Unit, Miftahudeen Thanni, described the new developments as a victory for all schoolchildren across the country.

Thanni said that with the judgement, students in public primary and secondary schools in Lagos State can now wear hijab to school without harassment.

He warned teachers and government officials against harassment of female Muslim students, urging that the Supreme Court judgement should put a stop to the “undue” punishment of students willing to wear the hijab.

Thanni, however, assured the state government and residents of peaceful co-existence, noting that Muslim students won’t abuse the judgement.

According to him, the judgement has deepened the students’ and Nigerians’ confidence in the judiciary. The judgement simply means that though hijab is not mandatory in Lagos schools, Muslim students who wish to wear it are free to do so and are legally allowed.

“We are a law-abiding organisation and we will continue to uphold the law of the land. We applaud the judgement.  The position of the law is very clear on the subject matter. This matter once more assures us that all hope is not lost on having a modest society.

“The government should not be waging war against youths who chose to cover their nakedness while encouraging those who walk naked and engage in illicit acts in public.

“It gladdens to see that the injunction which the LASG is using as a basis to deny the rights of Muslim students has been decided by the apex court.

While congratulating and thanking Muslims and the legal team on the recent victory, Thanni said, “We congratulate the entire Muslim Ummah (community) and urge our Muslim students to uphold decency and cleanliness which are the hallmark of Islam while exercising their rights. We also pray to Allah to forgive the shortcomings of the late Adetola Kassim who started this case without collecting a dime from us.”

The judgement came five years after Lagos state government in February 2017 approached the Supreme Court to challenge the July 21, 2016 judgment of the Court of Appeal which reinstated the use of hijab by Muslim pupils in Lagos public primary and secondary schools.

This was after the state government sought to stay the execution of the judgment at the Lagos Division of the Court of Appeal but failed.

On the case, CA/L/135/15, a five-man special appellate court panel, presided by Justice A.B. Gumel, had on July 21, 2016, overruled the October 17, 2014 judgment of Justice Modupe Onyeabo of the Lagos State High Court in Ikeja, which banned the use of hijab in public primary and secondary schools in Lagos.

While striking down Justice’s Onyeabo’s verdict, the Justice Gumel panel had held that the ban on hijab was discriminatory against Muslim pupils in the state.

The panel upheld the Muslim students’ contention that the ban violated their rights to freedom of thought, conscience, religion, dignity of human persons and freedom from discrimination guaranteed by the 1999 Constitution.

Justice Gumel also held that wearing the hijab was an Islamic injunction and an act of worship required of Muslims and that the use of hijab by Muslim pupils could not cause disunity, distraction and discrimination against students of other faiths as declared by the lower court judge.

Buhari’s successor should be pick on competence- Ansar-ud-Deen