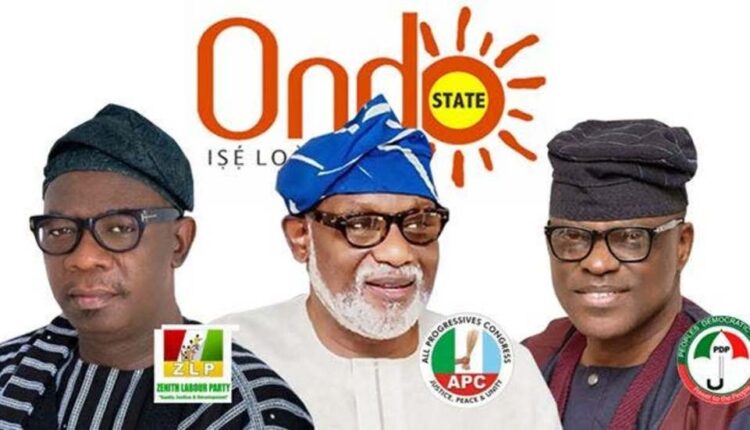 The Supreme Court has affirmed and upheld the victory of All Progressives Congress (APC) candidate in the last governorship election in Ondo State, Rotimi Akeredolu, as the duly elected governor of the state with a split decision of four-to-three.

This is coming after Justice Emmanuel Agim, who delivered the majority judgment of the seven-member panel, dismissed the appeal by Akeredolu’s challenger and opposition candidate, Eyitayo Jegede, and his party, the Peoples Democratic Party (PDP) on the grounds that it was incompetent.

Justice Agim upheld an earlier judgment of the Court of Appeal, that the petition filed by Jegede and his party at the election tribunal was incompetent because they failed to include Yobe Governor and Chairman of the Caretaker Committee of the APC, Mai Mala Buni as a party.

Agim said: “The appeal was based on the ground that Mai Mala Buni, the Chairman of the National Caretaker Committee of the party, that is, the second respondent (APC) was holding office as the Governor of Yobe State, contrary to the provision of Section 183 of the Constitution of the Federal Republic of Nigeria (1999).

“All the issues raised revolved around Mala Buni. But, Mala Buni,who is at the centre of the dispute was not made party to the petition. It is obvious that the determination of the said issues will affect him.

“Therefore, the court below was right to have held that he was a necessary party to this suit. Failure to join him render the determination of the matter impossible. To proceed to do so would have violated the fair trial of the case. Therefore, we affirm the lower court that the petitioner was incompetent.”

However, three other justices disagreed with the majority judgment, insisting that Akeredolu’s candidacy in that election was a nullity. The minority judgement held the view that the appeal has merit and ought not to be struck out by the appeal court.

However, the APC in its reaction to the ruling said that the judgment meant that the truth would always remain constant, while commending the Justices of the Supreme Court for upholding decisions of the lower courts on Jegede’s petition.

APC in a statement by its Ondo spokesperson, Alex Kalejaiye, rejoiced with Akeredolu, his deputy, Hon. Lucky Ayedatiwa, and all the residents for affirmation of the people’s mandate.

“The APC family expresses profound appreciation to all the parties and stakeholders, including the Independent National Electoral Commission (INEC), the legal teams, chieftains of the ruling party, and the electorate, for their contributions and support while the legal battle lasted.

“The party enjoins the Governor and his Deputy to put the legal gymnastics and distractions behind them, and focus on their selfless approach to governance, in the interest of every resident of the state, irrespective of party affiliations.

“While sympathizing with the PDP over the internal crisis rocking the party, the Ondo APC challenges the PDP to reorganize itself so it could present a productive opposition to the performing government.”

On his part, Akeredolu, who thanked the judiciary for standing by the truth and for not yielding to any influence, said that the judgment confirmed that the petition filed by Jegede was ‘most frivolous’

Reacting in Akure after receiving news of the judgment, Akeredolu said that with the ruling, he believed Nigerians could still be proud of the judiciary.

“For me, it is an opportunity again for us to get on board and do more work. The glory of this victory of this election petition success is to God Almighty. And I want to thank the legal team that has represented us. We have so many Senior Advocates of Nigeria.

“My advice to Jegede is that this has ended now. Let him come, let us work together, at least for the upliftment of Ondo State. I don’t doubt his love for the state. He has served here before as Attorney General for about seven and half years.

“Let him come over, let us work together and work for this state. That is my advise to him. We don’t go any longer to the privy council. It has ended here.”