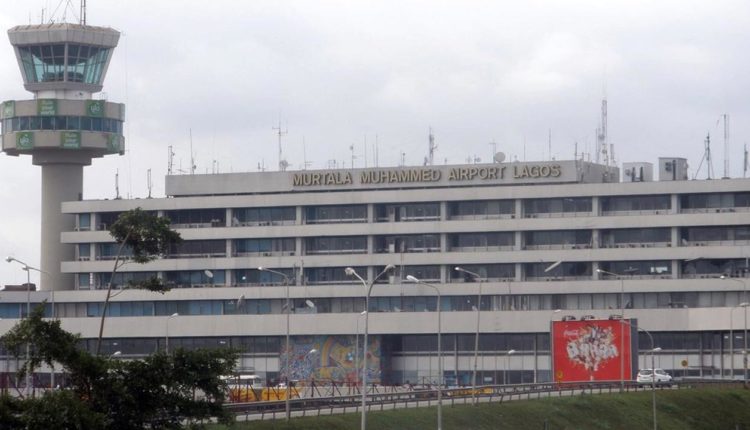 Activities around the Murtala Muhammad International Airport (MMA), Ikeja, were reported to have been paralysed after National Association of Nigerian Students (NANS) blocked the road leading to the port over Federal Government’s inability to end the industrial action embarked upon by the Academic Staff Union of Universities (ASUU) over poor welfare.

They argued that the country’s airports must be closed as long as the tertiary institutions’ were not made to function effectively as expected by the central government.

The situation, as gathered, caused gridlock along the axis as the vehicular movement in and out of the airport was stalled.

The students’ demonstration on Monday which also affected passengers seeking to use the airport came barely seven months after the lecturers’ abandoned classrooms over the apex government decision not to fulfill all promises made with their union.

Even the presence of the personnel from the Lagos Police Command and the heavy downpour experienced across the state could not prevent the students from paralysing activities across the port.

The spokesman for the Lagos State Police Command, Benjamin Hundeyin, told journalist that police officers have been deployed to the scene and that they were there to maintain law and order.

The National Public Relations Officer of the National Association of Nigerian Students, Giwa Temitope, told newsmen that policemen were at the protest scene, to maintain law and order.

“They are here to protect us. Nobody has been harassed but we are not relenting. No retreat, no surrender,” he added.

Meanwhile, some flights were affected by activities of the students’ who were armed with placards having various inscriptions, even as they used vehicles to block inbound and outbound traffic from the Ajao to Hajj Camp area of the airport road.

The aggrieved varsity students protesting the seven-month industrial action by the Academic Staff Union of Universities blocked the road around 8 am till press time at 4 pm, a situation that caused gridlock along the axis as the vehicular movement in and out of the airport was stalled.

A spokesperson for Air Peace, Stanley Oliseh in a chat with newsmen, said that the gridlock affected some passengers of the airline arrival and departure at the port.

When asked whether the road blockade affected the airline’s passengers and flights, he said, “Definitely, they (passengers) can’t access the airport. So, it definitely affects passengers.

“The ongoing protest created traffic and people are finding it hard to be at the airport – passengers, and everybody. Some flights have been affected. We are adjusting the flight programme for the day.”

The Head, Corporate Communications, United Nigeria Airlines’, Achilleus-Chud Uchegbu, said that the protesters activities did not cause any major disruptions in flight operations, aside from delays.”

NANS had threatened to ground activities at the local and international airports across the country effective today as part of efforts to drive home their demand that the ASUU strike is called off.

The protesting students had last week blocked the Lagos-Ibadan Expressway and the Ibadan-Ife Road.

Public universities in the country have been shut down for seven months since February 14 when ASUU embarked on its industrial action.

The Federal Government had dragged ASUU before the National Industrial Court and the court has adjourned the case to September 21, 2022