Jandor accuses Lagos Govt. of pulling down PDP, others 2023… 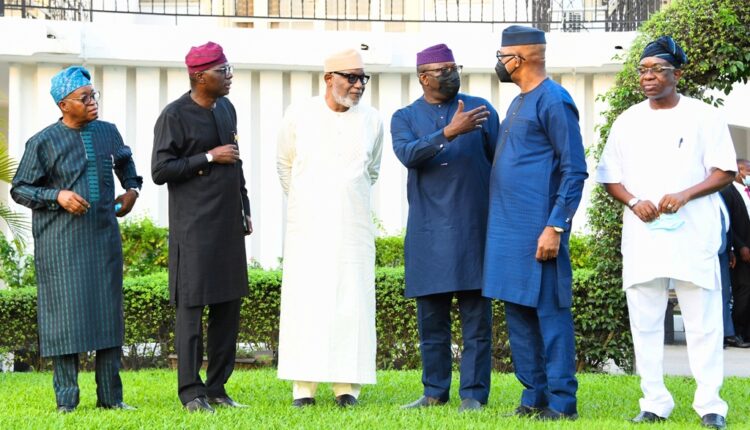 They added that the morale of the Nigerian Police and other security agencies would be boosted towards increasing surveillance and enforcing laws and orders across the region.

As gathered, the governors said that the move was to ensure that none of the states in the southwest region witness attacks on citizens and public facilities within their domains.

They stated these during a meeting which started at about 4:30pm and held behind closed doors at the Lagos House in Marina and was attended by the governors except for Oyo state governor, Seyi Makinde, who was represented by his deputy, Rauf Olaniyan.

After 90 minutes of intensive deliberation, the Governors rose from the meeting and offered no detailed information on matters discussed, but sources said that their discussion bordered more on security.

Addressing journalists, chairman of the Forum and Ondo State Governor, Rotimi Akeredolu, gave a brief statement on their discussion, disclosing that part of their deliberations bordered on the security situation in the region.

Akeredolu revealed there were also discussions on Oodua Group, a company owned by all six Southwest States, but declined to give further details, just as he posited that the Forum was not willing to share full information on the meeting.

“At the end, we agreed on a few things; a number of them, which have to do with security, are not what we can discuss in the open. This short address is just to let you (pressmen) know we met today but we don’t want our decisions discussed in the open.”