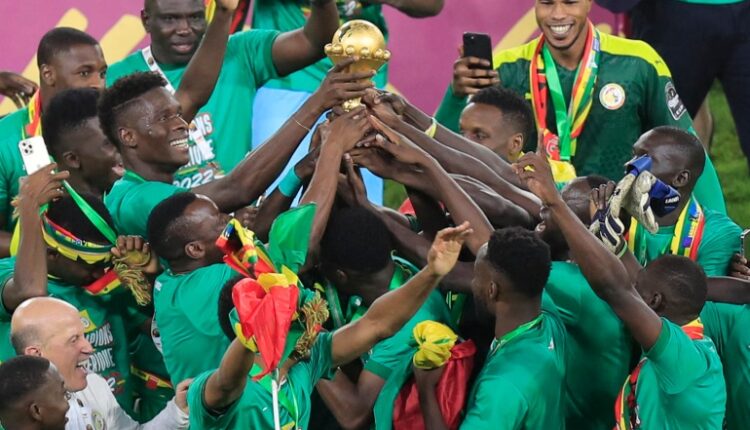 The Senegalese national team, the Teranga Lion, has lifted the African Cup of Nations (AFCON) after defeating the Egyptian national team at the final of the tournament through a penalty shootout in Cameroon.

Senegal’s 4-2 victory against the Pharaohs of Egypt marked their entry into the league of African countries that have lifted the most lucrative trophy in the continent.

The game proceeded to a penalty shootout after both teams could not score a goal during the 120 minutes of the match that was played on Sunday.

During the penalty shootout, Chelsea’s goalkeeper, Edouard Mendy, forced the Pharaohs to miss spot-kicks including the one from Mohanad Lasheen to give Sadio Mane the chance to win it in Yaounde’s Olembe Stadium.

The Liverpool forward, who had earlier seen a seventh-minute penalty saved by Pharaohs keeper, Gabaski, netted the winning spot-kick as Senegal ended the tie with four converted kicks as against two by their opponent.

Gabaski, before the shootout had made three good saves from Senegal’s Bamba Dieng in extra time, but could only deny the AFCON winners one spot-kick played by Bayern Munich defender, Bouna Sarr.

Before the final, all four of Egypt’s knockout games at the tournament went the distance, and the North Africans had beaten Ivory Coast and host Cameroon on spot-kicks en route to the final.

Gabaski had already saved four penalties at the tournament by the time the match went to a shootout, but on this occasion, the 33-year-old ended on the losing side.

During two previous finals, 2002 and 2019, the Senegalese had been unable to scale the last hurdle, finishing runners-up.