JUST IN: Sanwo-Olu’s aide dies during auto crash in Lagos 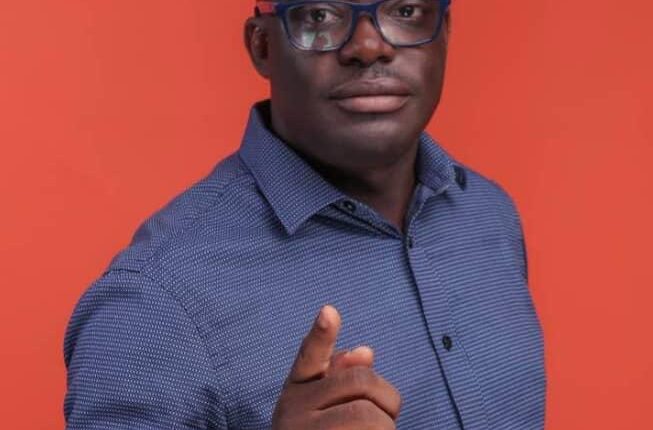 The Lagos State Governor, Babajide Sanwo-Olu’s Senior Special Assistant on Tertiary education, youths and students affairs, Omotayo Sanyaolu, has been reported to have died during an auto crash in the state.

As gathered, the accident that claimed the life of the governor’s aide occurred while on his way home after the close of work at his office in Alausa Secretariat in Ikeja, the Lagos state capital.

The Guild gathered that the accident occurred in the early hours of Friday and his body was said to have been extracted from his vehicle by officials of the Lagos State Emergency Management Agency (LASEMA).

Narrating how the accident occurred, the Permanent Secretary, Lagos State Emergency Management Agency (LASEMA), Dr Olufemi Oke-Osanyintolu, disclosed that the accident which claimed the life of Governor Sanwo-Olu’s aide occurred at Army Cantonment, Maryland in Ikeja at about at 4.01 am on Friday.

According to him, upon arrival at the scene, it was discovered that a black Toyota Camry with registration number LAGH 32 while at top speed rammed into the Keystone Bank Automated Teller Machine (ATM) sited at Army Cantonment.

“Unfortunately, an adult male who was the sole occupant of the vehicle died on impact and his remains were immediately bagged upon arrival of the responders. These have been handed over to the cantonment officer on duty (Officer Musa). The affected vehicle was recovered with the aid of the Agency’s light towing vehicle to a layby”.

Before leaving the office, staff at his office disclosed that he worked efficiently to ensure that the issues causing rancour among the students of one of the tertiary institutions were resolved.

According to him, he was so passionate about his work and all that concerns the students getting their needs and maintaining peace across all the state-owned institutions in Lagos

Also, another source at the Secretariat in Alausa disclosed that one of the assignments currently being handled by the governor’s aide before his demise was assisting students of tertiary institutions across Lagos to conclude their Permanent Voter Card (PVC) registration without their academics being distorted in the state.

Before his demise, Sanyaolu at the event, which he is the brain behind it, said the sensitization programme is one of the Governor Sanwo-Olu administration’s efforts at carrying the youths along in crucial matters that have a direct effect on their developments.

Sanyaolu, who urged the students to make effective use of the exercise to register and obtain their PVCs, reminded that with their PVCs, they have been given the power to decide who should be their leaders.

While assuring that the All Progressives Congress (APC) in Lagos State under Samwo-Olu would continue to place youths at the centre of its development programmes, urged them to continue to support the State government and keep campuses peaceful for improved and better development.