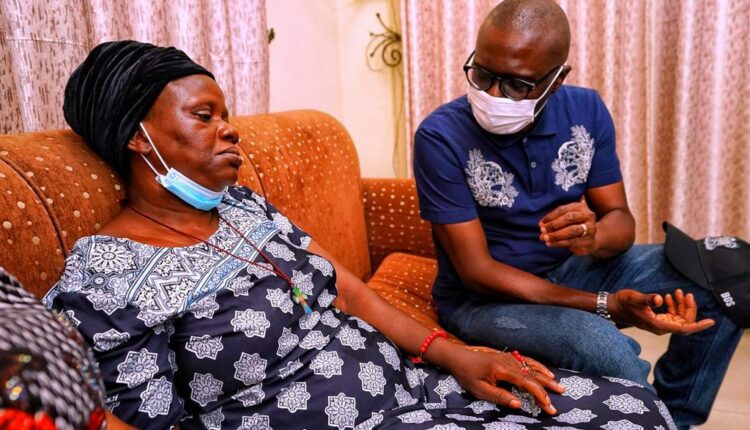 The Lagos State Governor, Babajide Sanwo-Olu, has visited relatives of the 55years old driver, Okechukwu Iloamuazor, who was said to have been hit by a stray bullet during a protest against brutality and extra-judicial actions of Special Anti-Robbery Squad (SARS), a formation of the Nigerian Police.

During the visit, Sanwo-Olu had conversations with the widow, Ngozi, and the employer of the deceased who narrated how his driver passed on in Surulere axis of the state.

During the visit on Saturday, the governor assured the relatives that the case would not be swept under carpet, just as he directed the Attorney General and Commissioner for Justice, Moyosore Onigbanjo, to take over the case as well as ensure justice.

Sanwo-Olu also gave further updates to the widow on what the government would be doing going forward, saying that the panel setup would be inaugurated next Monday.

It would be recalled that the peaceful demonstration by #EndSARS protesters in Surulere area of Lagos ended in tragedy, with the target of the protest bearing its beastly pangs again, killing one of the unarmed protesters.

The Guild gathered that the demonstrators were allegedly peaceful until some armed policeman shot at one of them, at Western Avenue, killing him.