JUST IN: Sanwo-Olu swears in Toriola, 10 other new permanent secretaries 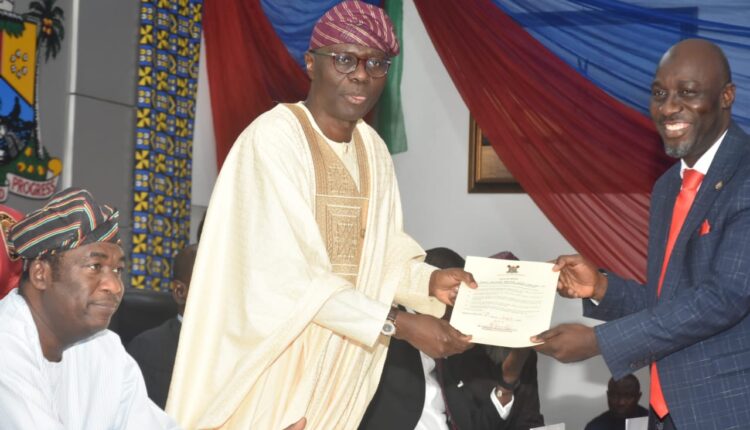 The Lagos State Governor, Babajide Sanwo-Olu, has sworn in the former Director of Vehicle Inspection Service (VIS), Gbolahan Toriola, and 10 other directors as Permanent Secretaries for the Ministries, Department and Agencies (MDAs), tasking the appointees to eschew favouritism and be professional in all their conducts in office.

Sanwo-Olu also assigned Toriola and other new appointees their various offices, stressing that they were assigned to the offices after a thorough review of their strength and ability to bring the desired services to the state.

The governor vowed to personally monitor their performances so as to ensure they provide the required and expected service for their various ministries and agencies.

He noted that his administration is committed to the delivery of dividends of democracy and as such, charged the new appointees to deliver on mandates of their duties.

They were sworn in on Friday by the governor at the State House, Ikeja after personally screening over 20 selected Directors out of which 11 were appointed,

“This administration is committed to excellence and we believes we have appointed the best. I will personally monitor your performances individually. If you need assistance, you have access to me. Our course of delivering dividends of democracy is unshaken,” Sanwo-Olu said.

The Head of Service, HOS, Hakeem Muri-Okunola, told the new appointees to see their appointments as a call to do more, adding ‘to whom much is given, much more is expected.’

Earlier, the Head of Service (HoS), Hakeem Muri-Okunola, said that the selection process was done through a fair and equitable process.