JUST IN: Sanwo-Olu mismanaging Lagos, wastes over N200bn loan, others 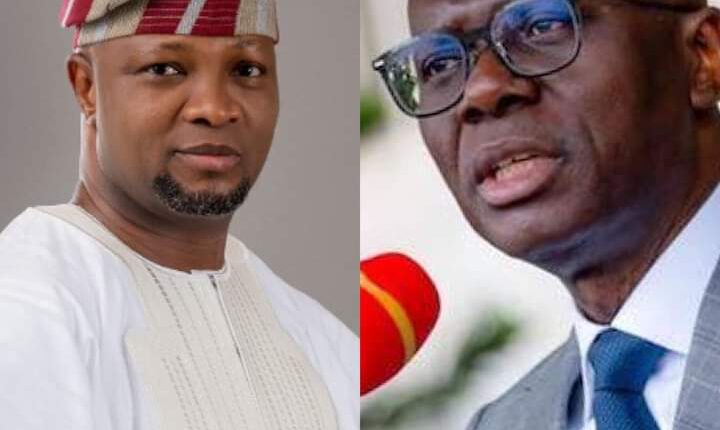 Ahead of the 2023 gubernatorial election in Lagos, the Peoples Democratic Party (PDP) governorship candidate for the state, Olajide Adediran popularly called Jandor, has said that the incumbent governor, Babajide Sanwo-Olu, is not in a position to assess his political and business achievements, considering that he has been unable to manage Lagos effectively for over three years of his administration.

Jandor said that rather than the Sanwo-Olu administration improving Lagos status just as his predecessors had done, the governor increased the state burden, borrowing over N200 billion without any meaningful projects completed by the government.

The media entrepreneur, who is vying to become first PDP candidate to rule Lagos, said that managing Lagos remain an easy task for anyone that truly understand the dynamics of the state but the current administration allegedly lacks such.

The gubernatorial candidate made the allegations on Monday while reacting to Sanwo-Olu’s comment during an interview on a popular television where the governor played down his viability and that of the running mate and Nollywood actress, Funke Akindele, popularly called Jenifa.

In a statement released through his official social media handle to respond to the allegations that he had not been able to manage a business of 100 employees, Jandor described Sanwo-Olu as one who had over the years relied on patronage of people to accumulate all that he had and positions occupied.

According to the statement, “Sanwo-olu has no frame of reference by which to assess my achievements, he has never had to build a business from the ground up in Lagos, one of the toughest and most competitive business markets in the world.

“Like other professional lackeys, his entire career has been possible, thanks to the interventions of powerful patrons so he cannot possibly understand why anyone would consider being an independent entrepreneur who bootstrapped a business and grew it to the point where I could comfortably create jobs in Lagos, despite crushing taxes and prohibitive policies would be something to be proud of.

“In February 2019, a brave young woman Derin Odugbesan asked Sanwo-olu a pointed question during the 2019 Social Media Week about the promises he made if he was elected governor. It was during an election campaign like this one, and many accused her of being disrespectful to the governor. They swore he was going to surprise her and all Lagosians and transform the state.

“The only surprise he has managed is in how utterly he has failed to honour his campaign promises, despite being handed over a 1 trillion naira economy. Isn’t it audacious despite his well documented failures as governor to speak ill of my hard earned achievement as a young man?

“Considering he has no regard for entrepreneurs or appreciation for our achievements, is it any wonder that he grew Lagos’s domestic debt stock from N507.38 billion recorded as of March 2021 to N780.48 billion in March 2022. Can someone who borrowed N273.1 billion naira on behalf of the state in one year with nothing to show for it, appreciate what it means to create revenue, employment opportunities and positive growth without assistance?

“We have had our fill of career politicians like Sanwo-olu who have fed fat from the system and no longer have any regard for hard work and diligence. We need a breath of fresh in Lagos…

“Sanwo-Eko had its chance to make good on the promises he made to Lagosians, he has failed and we have suffered for it. it’s time for a new perspective, it is time for a breath of fresh air in Lagos…No more Sanwo-Eko”.