How mother of three hide 100 cocaine wraps inside private… 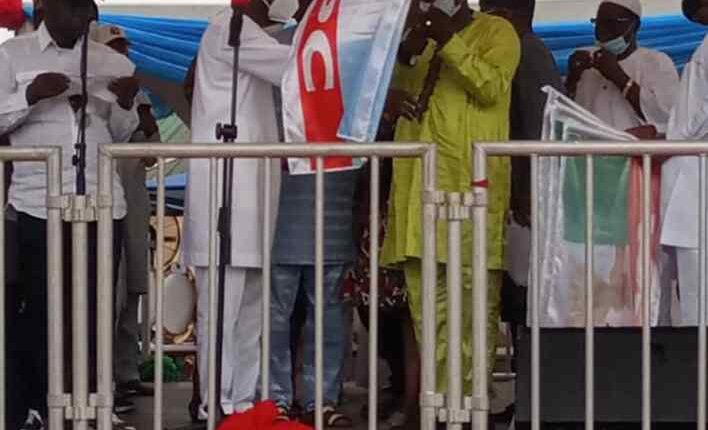 The Lagos State Governor, Babajide Sanwo-Olu, has expressed optimism that the 57 chairmanship candidates of the All Progressives Congress (APC) and the councillors vying for seats at the councils would win during next Saturday’s  Local Government elections in the state.

Sanwo-Olu said that the successes recorded by the ruling party at the National and State levels would further spread to the local governments and aid the 57 chairmanship candidates and the over 300 councillors to win at the polls.

The governor stated that the party’s current successes across the country, culminating in the mass defections of political top echelons to the APC showed the acceptance of the party by the masses.

He gave the assurance at the Lagos APC Secretariat in Ogba Sunday after officially flagging off the campaign for the elections and handed over the party’s flags to the 57 chairmanship candidates, authenticating the standard-bearers for the APC.

Sanwo-Olu, meanwhile, charged chairmanship and councillorship candidates of the ruling APC in the forthcoming local government elections to replicate the political victories of the party being witnessed across the country during the poll.

He said, “This is a very important and significant event, which is the official handing over of our flags to all of our candidates. We are handing over the flags to the chairmen and the vice chairmen, of course supported ably by the party’s LGA chairmen so that they all can go back and do the same with their councillors and ensure that we have a resounding victory on the 24th of July, 2021.

“So what we expect from them is to key into our agenda. So that when they come in, they can also hit the ground running in all of the wards that we have. We expect them to start work immediately. The state government will carry out some projects in the wards but we expect complimentary roles from these chairmen; we expect them to compliment that and do more.

“There will be quarterly monitoring of their activities. The deputy governor and Speaker have that responsibility, and we expect this to create a healthy rivalry among the councils. We pray that APC will come tops; we hope these candidates will do well and they will not disappoint the people that would vote them in.”

Earlier, the party’s Caretaker Chairman in Lagos State, Babatunde Balogun, said the party is optimistic of sweeping the local government poll in the state.

Balogun said the ruling party led by Governor Babajide Sanwo-Olu in the state has endeared the party to the electorate through massive infrastructure development and provision of basic amenities to the residents of the state, saying the party expects the electorate to reciprocate the gestures with votes.

According to him, we expect all of you to be victorious in the next six days with the support of the Lagos electorates by the grace of God.”

Driver dies, others injure during multiple auto crash in Lagos