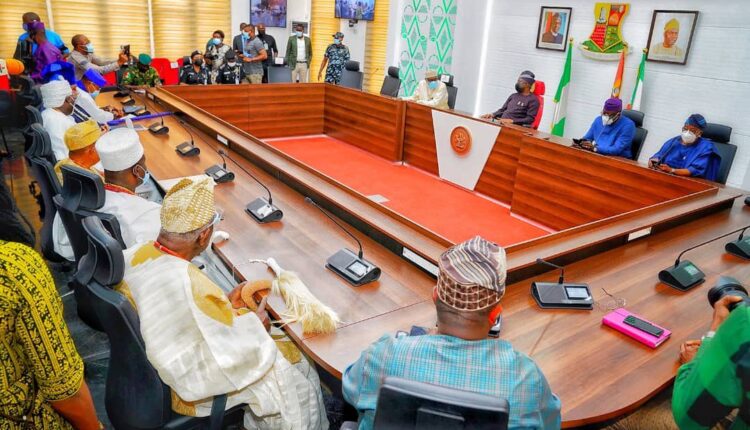 In a bid to end the face-off between Yorubas and Hausas in South-West states, the Oyo State Governor, Seyi Makinde, and four of his counterparts from the region and traditional rulers have kicked against open grazing across the country.

The other South-West Governors at the meeting were the chairman of Nigerian Governors Forum (NGF) and Ekiti state governor, Kayode Fayemi, his Ondo state counterpart, Rotimi Akeredolu, who is also the regional chairman for NGF, and Osun state governor, Adegboyega Oyetola and Dapo Abiodun of Ogun State.

At the meeting held behind-closed-doors in Ibadan, Oyo state capital, on Saturday, they also requested that the Federal Government should boost patrol around the borders to prevent an influx of foreigners into the country and cautioned media practitioners against the dissemination of fake news on activities in the country.

Meanwhile, at the deliberation aim to fashion out a possible solution to restore peace and harmonious relationship among the ethnic groups, they backed the move by the National Economic Council (NEC) to review the management of the forest to prevent it from serving as a hideout for criminals across the country.

After the meeting, Akeredolu, who read a three-point communique, said that though the meeting was at the instance of the Chief of Staff to the President, Prof. Ibrahim Gambari, the Inspector General of Police, Mohammed Adamu, and the Director-General of the Department of State Services, the trio could not fly out of Abuja due to bad weather.

In an interview with newsmen, he said that the governors and the traditional rulers thereafter decided to meet to appraise the security situation in the zone.

The Ondo governor said: “That the meeting supported the decision of the National Economic Council (NEC) on forest management; that the nation’s borders need to be fully secured and protected; that open grazing must be checked and looked at and that media practitioners must assist the country to end fake news”.

Also in attendance during the meeting was the Commissioner of Police, Oyo command, Ngozi Onadeko, and other heads of security agencies in Oyo State. 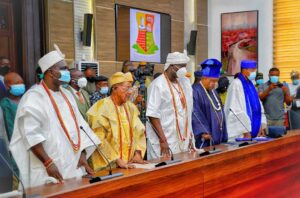 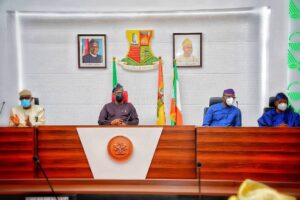 Makinde may sack Commissioners, other aides over poor performance