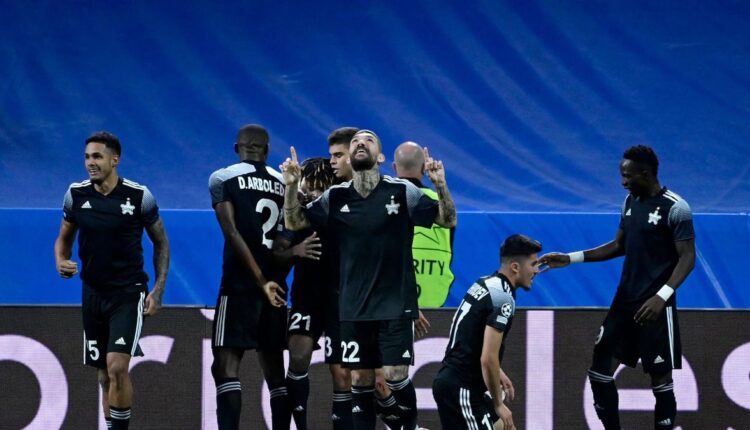 Following the victory against the nine-time champions league winner, who were looking for their 100th home victory in the competition, Sheriff, a debutant in the competition, currently seats at the summit of Group D ahead of other teams including the Italian club, Inter Milan.

During the match played on Tuesday at the Santiago Bernabeu, home ground of Real Madrid, the Moldovan club ensured that they consolidated on the performance that earned them victory against Ukrainian giant, Shakhtar Donetsk, a fortnight ago.

At the 25th minute of the match, which many soccer pundits had tipped Madrid to win, progressed, the visitors took the lead through Jasurbek Yaxshiboyev goal and the forward scored the goal after receiving a pass from his teammate, Cristiano da Silva Leite.

Efforts by the Spanish team to equalise during the first half could not yield any result until 40 minutes after, at 65 minutes, when the team was award a penalty that was scored by France striker, Karim Benzema.

After the equaliser, the home team pushed forward to take over the game but the strategy adopted by Carlo Ancelotti fell flat, and rather, the Moldovan team took the lead again through Sébastien Thill who was set up by his teammate, Adama Traoré, at the 89th minute of the game.

To ensure that they leave Spain with victory, Sheriff players adopted another strategy that would assist them soak pressure that might arise from their host, Madrid.

Madrid, after the game, stayed at the second spot on Group D after Inter and Shakhtar’s 0-0 draw earlier, while Sheriff go three points clear at the top of the group.

After the match, the players themselves seemed barely able to believe it as they celebrated their second consecutive triumph against the Spanish giants.

Madrid had also kicked off their Champions League quest with three points, on the road against Inter, and could have been forgiven for expecting a straightforward evening in front of their own fans.

But despite dominating possession, Carlo Ancelotti’s men failed to impress and spent almost the entire game behind their unheralded rivals in Madrid’s first-ever game against Moldovan opposition.

Just past the hour mark, it seemed nevertheless that Madrid would recover from that early scare, as Karim Benzema converted from the penalty spot to level at 1-1.