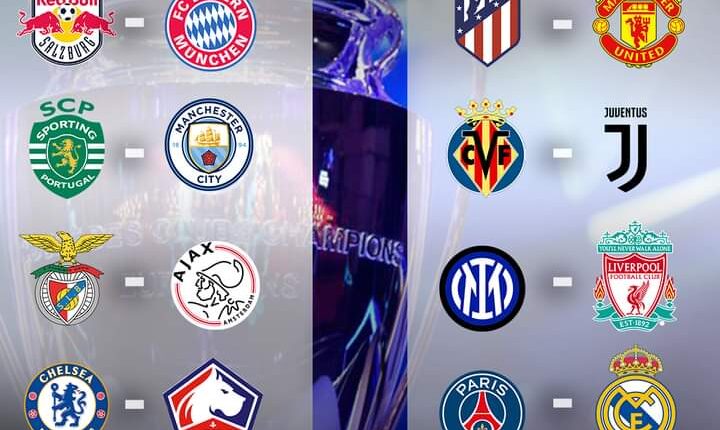 The Real Madrid former captain, Sergio Ramos, will face his former teammate and manager, Carlo Ancelloti, after his team, Paris Saint Germain (PSG) was drawn against his former employers for a place in the 2021-2022 Union of European Football Associations (UEFA) champions league quarter-final stage.

Both teams were drawn against each other during the re-scheduled draw after the earlier process was said to have been filled with errors and human interference.

Also, the reigning champion, Chelsea, has been drawn against French Ligue one champion, Lille, having been drawn with the French side twice.

In other draws conducted at the UEFA headquarters on Tuesday, Manchester United would square up with Spanish league champions, Atletico Madrid, who were formerly peered against German champion, Bayern Munich.

The English team, Liverpool, would have to deny Latauro Martinez and other members of Internacional Milan the balls when both sides meet to compete for the state of the tournament.